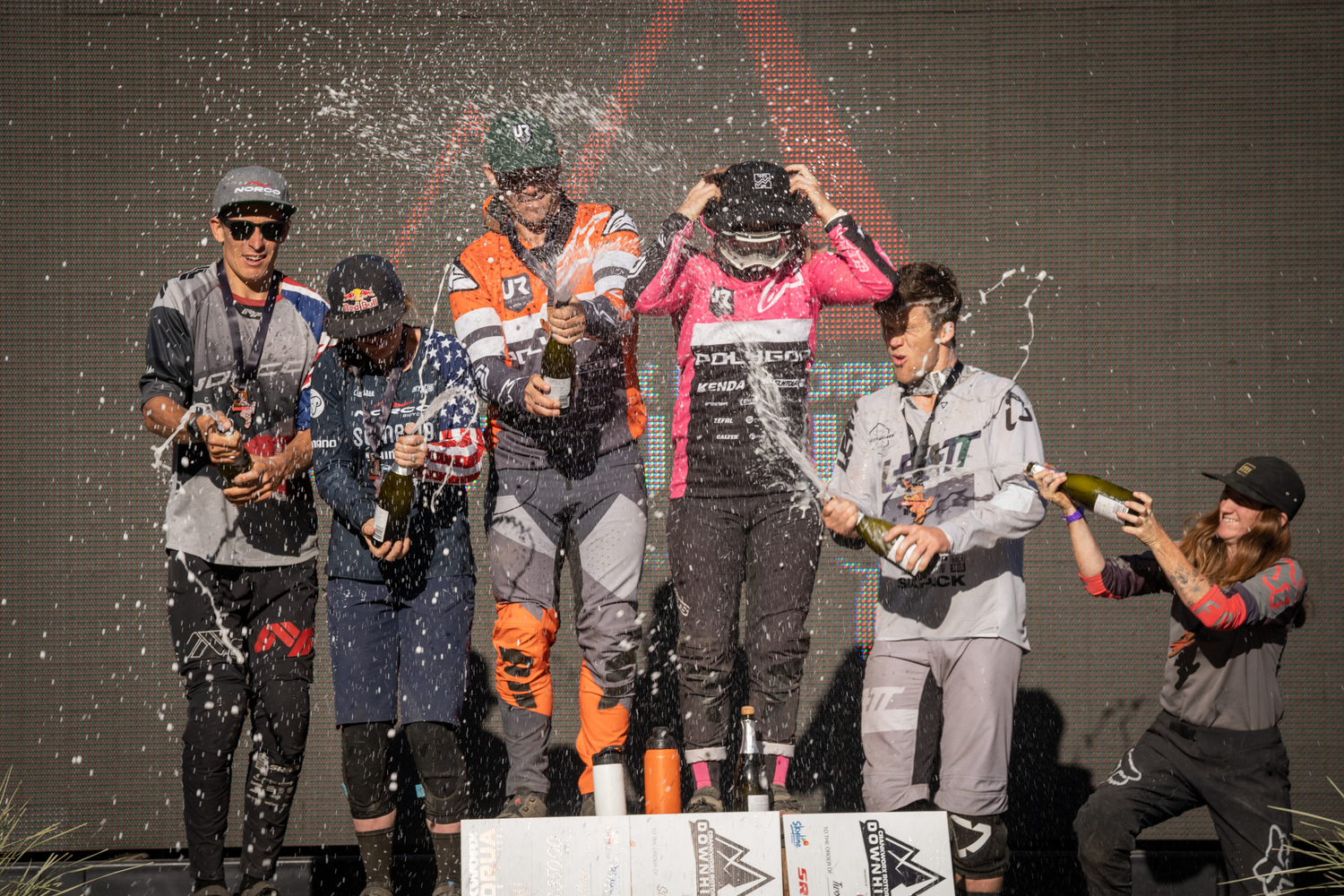 ROTORUA, NEW ZEALAND March 8, 2020 – “I feel like we’re the Crankworx family riders,” said Tracey Hannah (AUS), standing next to her brother Mick Hannah (AUS) in the finish corral of the Crankworx Rotorua Downhill presented by Gull.

Tracey stated it’s because they love Crankworx, but the results also speak for themselves.

Between the two of them, dozens of Crankworx podiums across the World Tour over the years. Today, a shared win.

“We’re stoked,” said Mick. “This is the biggest race we’ve won together.”

Tracey took the first win as the Pro Women charged down Mount Ngongotaha at Skyline Rotorua on the final day of Crankworx competition in New Zealand.

Tracey both won this race last year and is the reigning Crankworx Downhill Champion.

“It’s huge to start off with this race and do well. It kind of boosts you on into the next few races…I’m super excited and definitely a good confidence boost. It shows that I did the right thing in the off season.”

According to Tracey, stamina and strength was the order of the day today on the track that’s kicked off international racing season for the past six years. She said this year was the most challenging, thanks to drought conditions after an incredibly dry February.

“It’s unbelievably physical, and the holes are huge. It’s extremely hard to hold on and your legs get exhausted.” She added that she did a lot of bike set up over the week with her mechanic. “It’s always adjusting your bike, conserving your energy and smashing it on race day.”

“My race run was good,” said Mick. “I felt like it was actually kind of, not a slow run, but definitely conservative. But I was able to execute all of my lines really well. This track was really hard to do a clean run on so I think that was exactly what was needed today.”

After the DH action wrapped, one final podium wrapped up the week took place, as the leaders of the 2020 battle for the titles of the King and Queen of Crankworx were recognized.

Kintner increased her lead with the points earned from today’s second place finish and said she was “over the moon.”

The American, who’s won the Queen title on the World Tour three times in the past five years, podiumed in five events over the past five day.

Next to her, Bas van Steenbergen (CAN), whose current position proves consistency sometimes trumps podium-topping results in the season-long battle.

“I’m super stoked. At the start of the week I didn’t feel all that confident or all that good,” said the Canadian, whose top results this week included a second place finish in the 100% Dual Slalom Rotorua. “I was kind of questioning myself, so I didn’t quite expect to come out of here with the lead, which is obviously awesome. It sets me up good for the rest of the season.”

Next up, the Crankworx World Tour rolls on to Innsbruck, for the only European stop of the season, June 10-14.