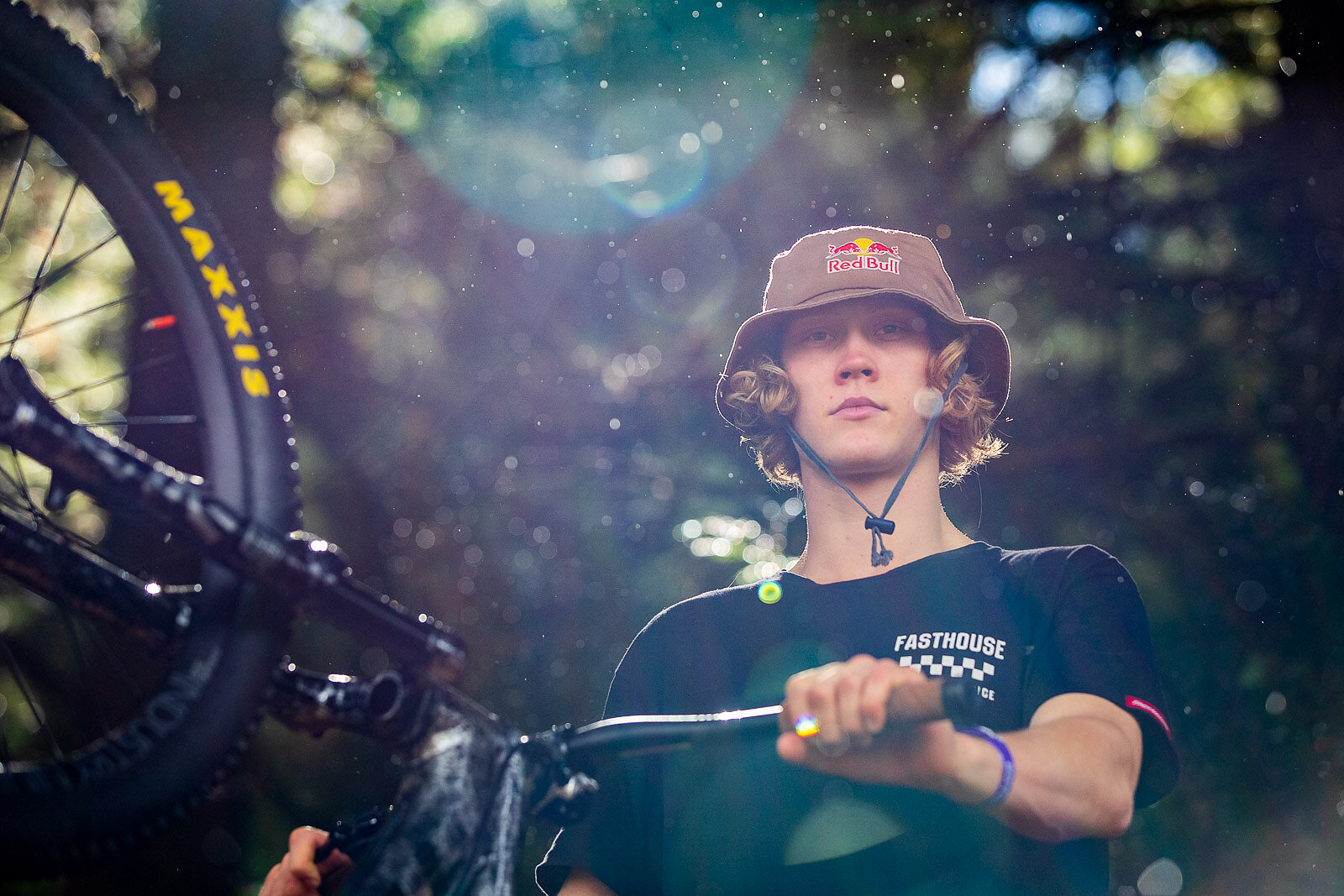 Imagine yourself transported back in time to the year 1966. You wander into The Bag O’Nails club in Soho, London, where some of the most important pioneers of rock ‘n’ roll guitar hang out and play. When a tall, left-handed guitarist from Seattle, Washington, takes the stage, the assemblage of musical icons—people with names such as Clapton, Lennon, McCartney, Beck, Townsend, Jones and Jagger—are stunned by what they witness.

Beyond the hypnotic stage presence, Jimi Hendrix blew everyone’s minds with his ability to make an electric guitar an extension of the creativity bubbling inside him. The notion of an artist using their instrument as an extension of their own body has become almost clichéd, but in Jimi’s case it was completely true. For Jimi it was as if the guitar translated the brilliance of his soul into a language that the rest of the world could also experience.

Fast-forward 50 years to the Red Bull Joyride contest at Crankworx in Whistler, British Columbia, where the most influential slopestyle athletes in mountain biking are gathered for their annual re-definition of progression. When a tall, fresh-faced 17-year-old from Trollhättan, Sweden, drops in, all of the sport’s heroes stop and pay attention.

The upper echelon of slopestyle is a tight-knit group, and the amount of respect they show each other for the skill, dedication and inherent risk it takes to get to the top is evident. But this time there’s a palpable level of extra interest. The superstars are silent, eyes trained on the rider on course. They’re being more than polite, more than simply welcoming the rookie into the club—they’re peering intently into the future.

The kid does a clean, composed and confident top-to-bottom run. He plays all the notes with precision and panache—and nets a fourth-place finish at the end of the day. It’s one step shy of the podium, but a clear sign of the future. Johansson’s rise to the elite level of the slopestyle world may have seemed meteoric, but it was far from accidental. Those in the know had been paying attention, and his near-podium Crankworx debut opened the door to plenty of attention and some big-name sponsors.

But nothing in life is easy, and Johansson was about to learn that what the mountain bike gods giveth, they also taketh just as quickly. The 2018 season was taken from him ruthlessly.

Reality is what a person knows, and Johansson’s reality had increasingly become plagued with fatigue and pain—two conditions that are rare for any young person, but completely foreign to a champion athlete. He’d grown accustomed to these things, and coped with his reality without complaint, but now they’d become too debilitating to be ignored.

Trips from his home in Sweden to medical specialists in Germany discovered a near-perfect storm of complications inside his body that were conspiring to end his career on the bike. The common Epstein Barr virus triggered mononucleosis, which in turn triggered an autoimmune condition known as Hashimoto’s Disease. The combination of these things wrote a grim prognosis. By most accounts, this should have been the end of the Emil Johansson mountain bike story. It just wasn’t the right time for him to give up.

Click here to read the rest of Emil’s incredible comeback story, “Due Time,” by Freehub magazine.