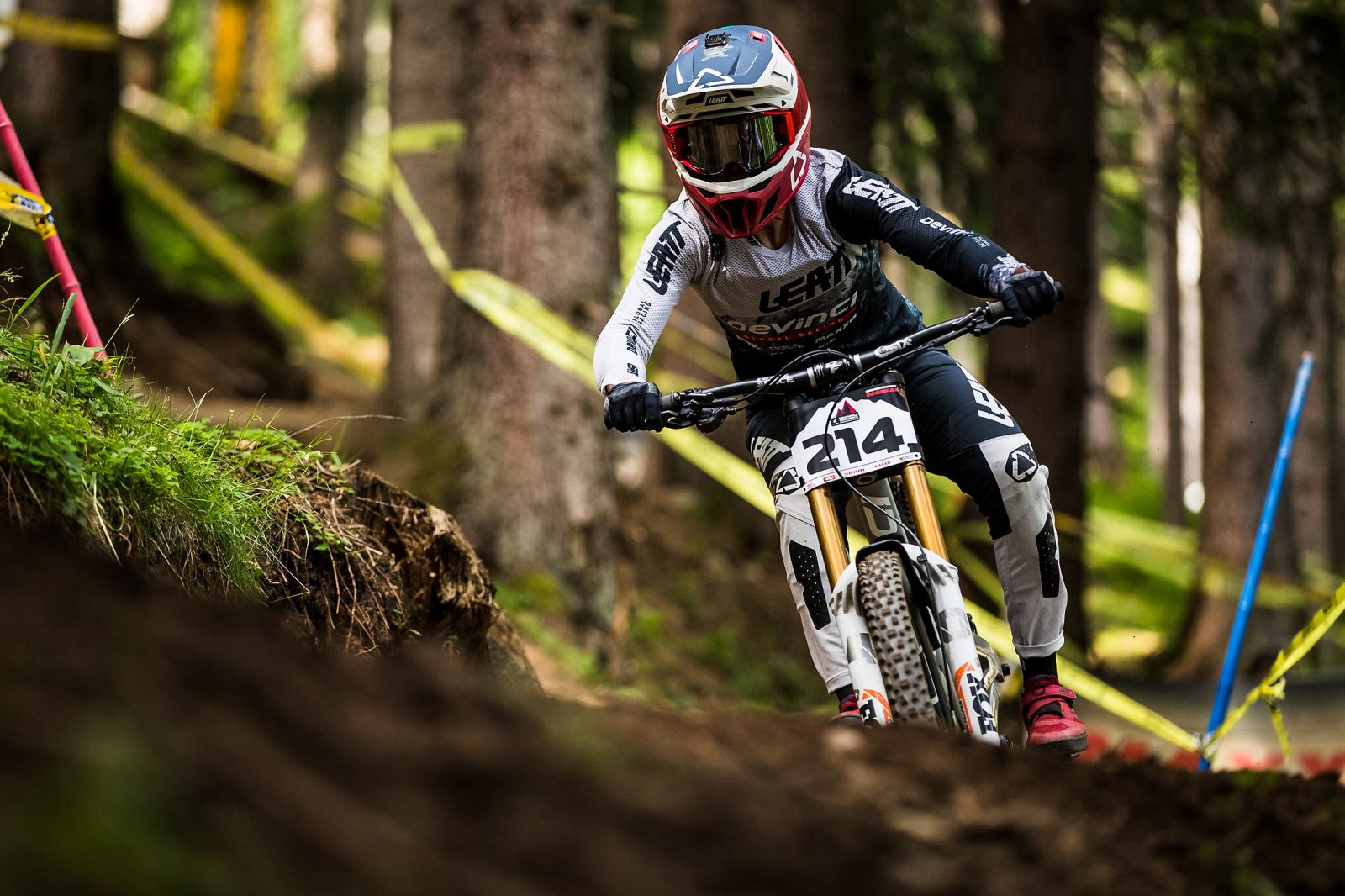 Some young-ins learn to walk, Georgia Astle learned to ride. Whistler, BC born and bred shredder Georgia Astle has been cruising on two-wheels for as long as we can remember. In fact, we did a little digging and her first Crankworx event was way back in 2014 during Crankworx Whistler where she raced Garbanzo DH as a junior! She came in first btw…

Since then she’s raced more than 30 Crankworx World Tour events across the globe and stood on the pro podium a total of seven times (talk about being born to ride!). Always pushing for more though, the Leatt rider is gearing up for another exciting season ahead with events like Red Bull Formation, Crankworx, and EWS, already on her calendar.

From the community that Crankworx fosters to staying mentally and physically fit to her goals for the coming months, we connected with Astle on all things mountain biking before she makes her way into the desert as an invited rider at Red Bull Formation.

“I began racing Crankworx as a junior with Whistler being my home turf. It was (and still is) so awesome meeting everyone that I’ve looked up to for ages in my hometown and getting to ride and learn from all the girls. To take the top step on the Elite podiums alongside the same girls I still look up and get to call my friends is a dream come true.”

How are you feeling ahead of heading back to Utah for Red Bull Formation (this time as a rider!)?

“Although I did just come off of a big rehab stint from an injury last year, my mindset is strong and my body is feeling healthy. I am so grateful Casey Brown brought me along as her digger last year to experience it in person. My game plan for this year is to trust my riding and not let the nerves get too in the way of pushing myself to hit some bigger lines. Since getting the invite my focus has been to put hours in on the DH bike and get used to jumping again. I was off the bike for over five months previously, so there was a lot of physio and gym work just to get me here.”

What do you do to make sure that you’re protected out there while pushing your limits?

“Even small off’s from the bike can leave you pretty banged up. Leatt is next level with an easy to understand protection rating system for a more in depth look at what product to choose based on your personal safety options. My go-to’s while in Utah, under my kit will be my 8.0 helmet, 3.5 hard-shell chest protector, 5.0 impact shorts, 6.0 knee pads, Airflex elbow guards, and 3.0 flat shoes.”

How do you see events such as Red Bull Formation contributing to the progression of women in freeride?

“The layout of Red Bull Formation is a breeding ground for progression. It’s a stepping stone to get out there and see it in-person, to open the doors to this kind of freeriding that previously wasn’t available to women. The girls are out in full force digging, riding, cheering, and building each other up, which is the ultimate push to the sport.”

What do you think we can expect from riders on the 2022 Crankworx World Tour?

“With mulch jumps, air bags, and session-able lines popping up everywhere, it won’t be unheard of to have girls landing and perfecting new tricks at each World Tour stop. That trickles down to the younger girls watching Crankworx from home, seeing and dreaming it for themselves.”

Can you let us in on any of your plans for the season ahead?

“I am all over the shop this year, just how I like it; Red Bull Formation, filming projects, Crankworx World Tour, EWS, and some downhill racing in there where I can fit it in.”

If you could give one piece of advice to young riders out there wanting to make their mark on mountain biking, what would it be?

We couldn’t have said it any better, Georgia, because at the end of the day that’s what mountain biking is really all about. Riding bikes and having fun.