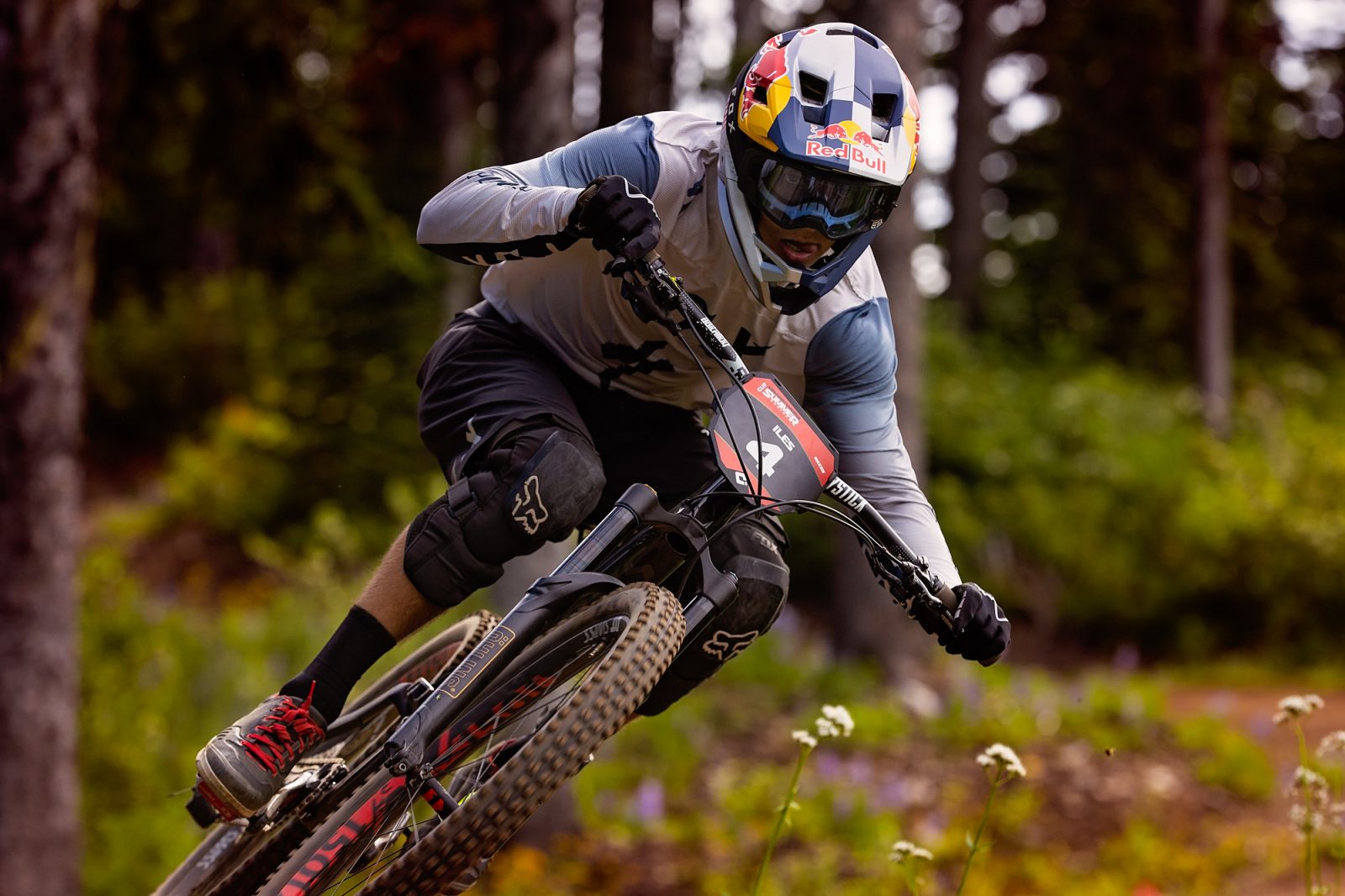 1 competition down, 11 more to go, as SilverStar Enduro crowns its champions and lays the foundation for the three-week long fight for the overall

VERNON, BC, July 28, 2020 — Racing is officially back, and the first victors of the CLIF Crankworx Summer Series have been crowned. Under a punishing mid-summer sun that pushed temps into the mid-30s, 24 of the world’s best riders came together to see how they stacked up against their peers from across disciplines in the SilverStar Enduro.

Coming out on top after four stages were Whistler’s Finn Iles and Vernon-local Casey Brown.

“So much drama,” said a breathless Brown after charging across the finish line. “I got to the top and only had a few minutes before dropping in…the timing was tight. I forgot to take my shock out of lock mode, so I dropped in locked in and as soon as I dropped in over those rough rocks I could tell right away. I was like ‘Oh Jesus, this is going to be a rough one.’ And then halfway down the rocks I heard the ‘sssssss’ and it slowly went down. Luckily I had enough air in it for the first big rock roll. I just tried to hold on and pedal as much as I could and not let the back end fly off the trail. It was sketchy.”

Coming in hot behind her, Vaea Verbeeck. Sporting her Queen of Crankworx number plate, Verbeeck took the wins on the second and third stages (after Brown took the first), but ultimately finished 1.6 seconds behind her.

“I’m super stoked to be here racing my friends,” said Verbeeck, who calls nearby Coldstream home. “We have such a stacked field of athletes. It doesn’t feel any less hard compared to the World Tour, at all, especially since everyone here is a professional in their own discipline.”

On the men’s side, a commanding start for an early overall favourite. Finn Iles put his Downhill mettle to the test and came out on top.

“I had so much fun today,” said Iles. “It was like riding with my friends. Every time I got on track I was just riding fast and flowy. The tracks were really fun and kind of suited by riding style. It was a sick day.”

On top of the win, the 20-year-old said the thrill of getting back in between the tape added a great feeling to the day.

“I haven’t put a race plate on my bike in, I would say, 10 months now. Since September at World Championships…as soon as I put it on there and as soon as I dropped in on the first stage I was like ‘Ohh, this is sick. I miss this feeling.’ That exhilaration and that intensity that you don’t really get anywhere else. I had a lot of fun today.”

Sharing the podium with Iles, Kasper Woolley took second, and Rhys Verner third. The two Squamish Enduro riders each took a stage win, with half a second separating the two in the end.

Next up, riders will shift gears and go head-to-head in Dual Slalom action. Competition goes down tomorrow, with the full event broadcast on Thursday. The SilverStar Dual Slalom will be the first broadcast event for the CLIF Crankworx Summer Series.

Thursday’s coverage will include: