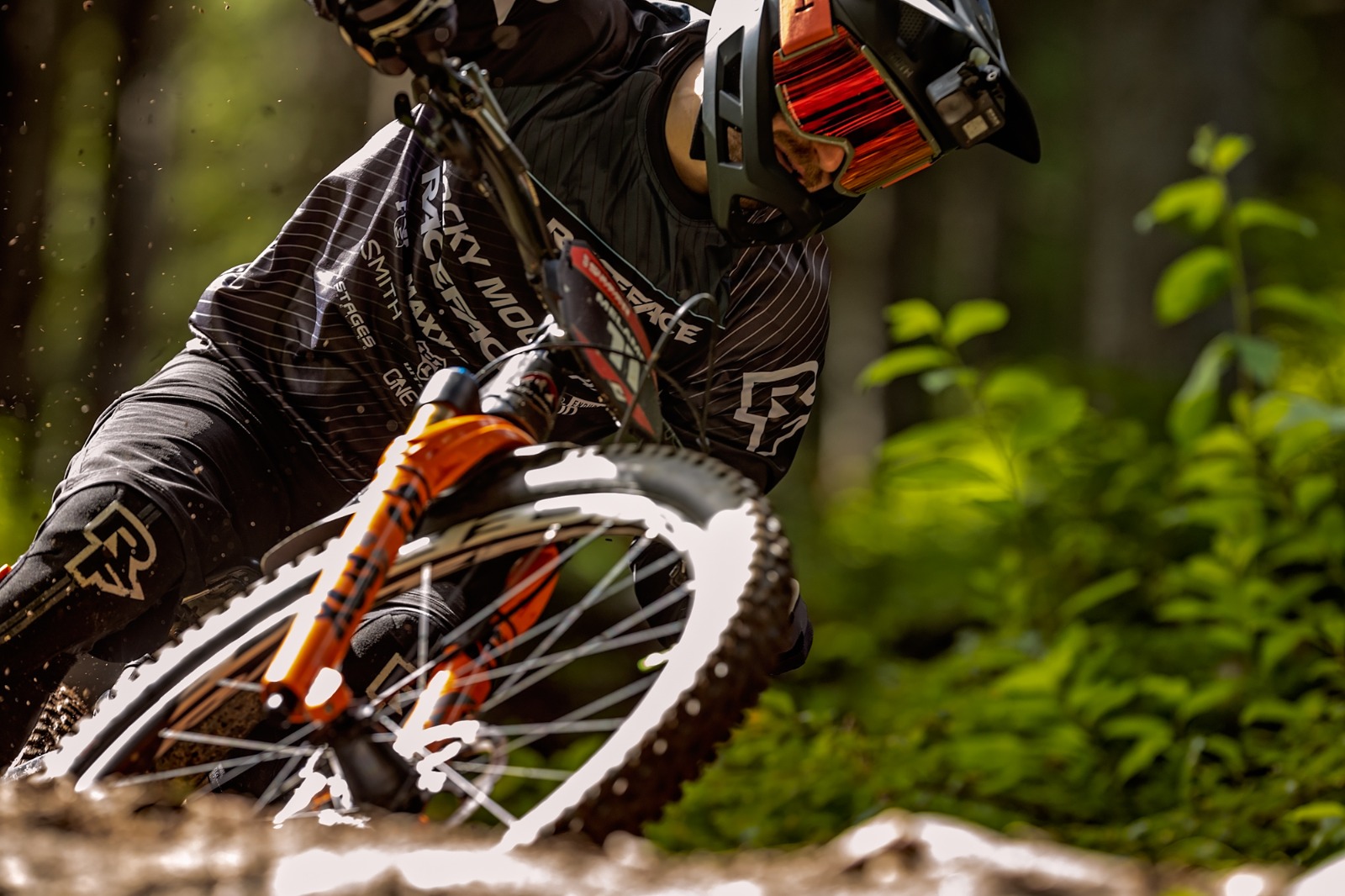 GOLDEN, BC, August 7, 2020 — “A good bike rider is a good bike rider,” said Rhys Verner from the finish corral of the final event of the CLIF Crankworx Summer Series in Kicking Horse. The statement was a response to the fact that he and Jesse Melamed, two Enduro specialists, managed to take the two top spots in the Maxxis Kicking Horse Downhill race today.

“I think that’s what we had all hoped for and were expecting with this series. Kind of random, weird results,” said Melamed, who clocked the fastest time of the day with a 2:51.84. “It’s definitely interesting, all of us doing different disciplines. We’ve just finished the second week of three, and there’s so many variables that go into it. I can’t say that I’m stoked that Finn is winning the Enduros, but he’s obviously such a good rider. I can’t really complain, he’s obviously so good.”

The Whistler rider said his race run was his best run of the day, and was preceded by a double espresso and a bunch of shot bloks, possibly a winning secret given that the series’ athletes have logged long practice and race days for 10 of the past 12.

“It’s crazy managing the fatigue and trying to figure out how the track is and everything in one day,” said Casey Brown, who took the women’s race in 3:28.71 with what she described as a clean run. “Practice and race in one day in all these events. It’s a head-full and physically it’s so taxing. It’s a huge accomplishment to be able to even finish a day.”

It’s a sentiment that was echoed by the other two women who finished just behind Brown.

“I definitely went with the approach of late morning start,” said Vaea Verbeeck, who was just 2.87 seconds behind Brown with her time of 3:31.59. “I wasn’t sure because everybody else seemed to be doing more practice runs, but I knew my body could only take so much. So three practice runs later and I felt good with my lines and just went in confident but not too aggressive and that, I think, was key for me to stay clean and stay on my lines.”

“Psychosis was an emotional day,” said Miranda Miller, whose time of 3:40.60 earned her third place in today’s Downhill. “At the top, for our first run, usually you’re always kind of nervous before you do something like that, but everyone was scared. It was like a whole nother level. I feel like everyone was just collectively like ‘Oh shit.’ And so I think that day was just really draining and the heat really took it out of me. And so yesterday I felt physically really low. And then today physically I feel pretty good, but mentally more fatigued. Like I found it really hard to concentrate. My eyes weren’t tracking as well. It’s some ups and downs.”

Definitely an up week for Miller’s teammate Verner, who took third in Tuesday’s Enduro and in Psychosis Wednesday. His second place finish today, with a 2:52.45, just 0.61 off of first place, is his best result of the series.

“It’s been a sweet week, a lot of fun, and fun is fast. Really happy with the week.”

“Pretty relentlessly technical. I had a pretty good run. The top was really good. I got kind of tired at the bottom and made a few little mistakes, but nothing too costly and I still landed on the box, so it’s good.”

For the third place finisher among the Elite Men, today’s result was also his best of the series, and his first podium.

“I was tired of being fourth and fifth and wanted to do well today,” said Kirk McDowall, who was 0.14 seconds off of second place. “So I’m glad I was on the podium. It was also not my finest downhill race run work, so that part of it is bittersweet as I didn’t miss out by much. But it was a tricky course. The mistakes came in my run from trying to push a little bit too much. Normally you go up a couple percent from your practice runs. On this course it felt like as soon as I did that, a lot of mistakes happened.”

The results from the week now get added to the points totals from Week One in SilverStar, as the action rolls on to the final stretch of competition in Sun Peaks.

“It’s confidence inspiring,” said Melamed “I know that I’ve been doing what I need to do and I’ve been riding really well. I’ve been really happy with my riding. I think I’m riding very consistently, which is something I’ve had to work on in the past. It brings me some confidence and I’m just going to keep doing what I’m doing.”

“We have another week ahead,” said Verbeeck. “I’m ready for it.”