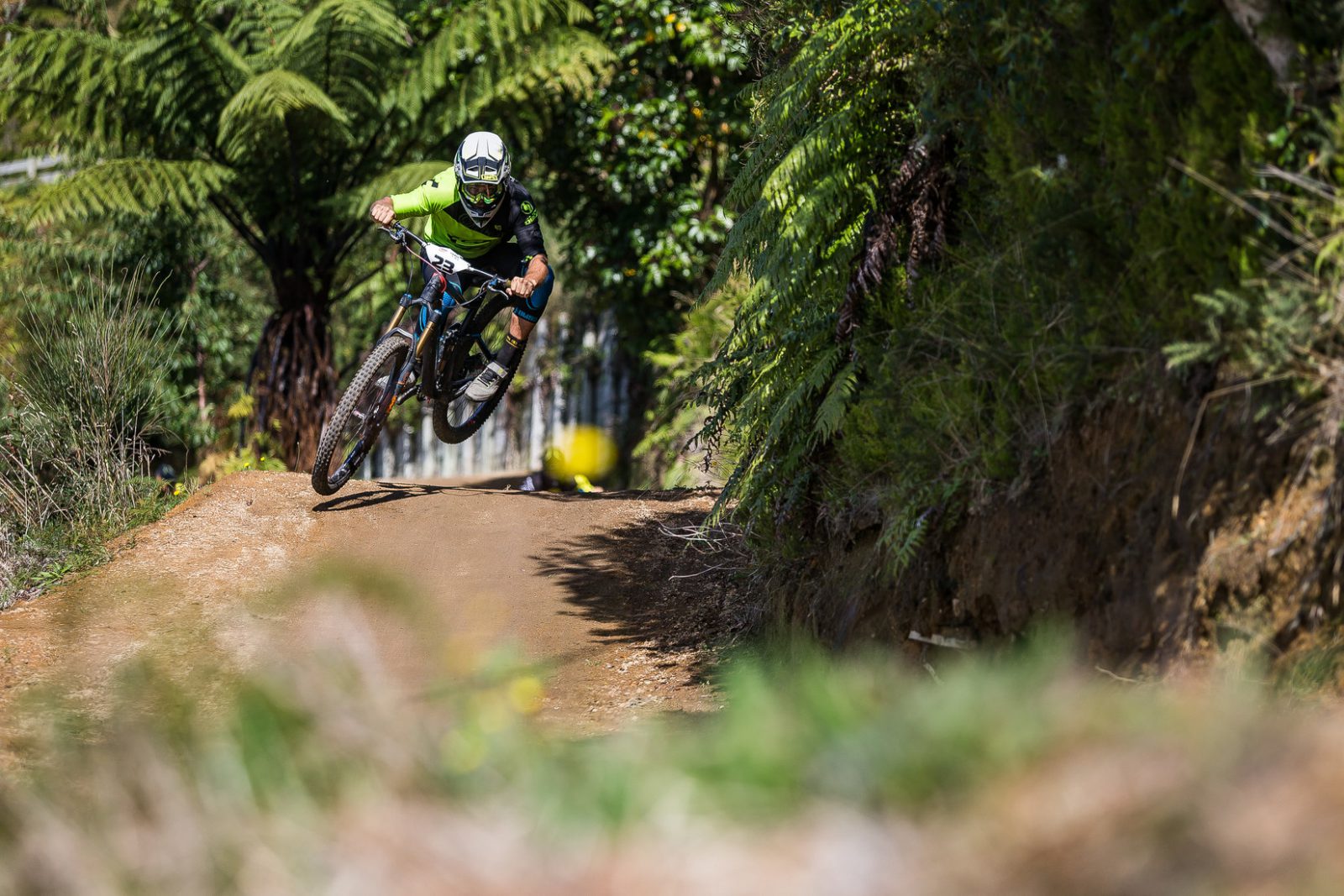 FOR IMMEDIATE RELEASE
Sunday, April 2, Rotorua, New Zealand
— A big win in the Crankworx Rotorua Air DH has given New Zealand’s Matt Walker the lead in the King of Crankworx, coming out of the Crankworx World Tour stop number one.

Leading French rider Adrien Loron by a significant margin of 80 points, Walker knew to be tentative with his excitement.

“Last year, I had a pretty sizable lead and pretty much a month after I crashed, I broke my finger. Did surgery on it. Came back on my bike. Crashed. Broke my collarbone, and my shoulder blade, got back on the bike and it was the last Crankworx stop before I was riding again,” he said.

Pulling in for his Air DH win with a two second lead on reigning King of Crankworx Tomas Slavik (CZE), he was nonetheless pleased to have made it down a track uniformly described as running sketchy after on and off rain showers added a greasy slick to its clay-like hard-pack throughout the week.

“The trail is really smooth and I needed some advantage, from my side, so I grabbed the hardtail bike,” said Slavik. “I’m used to riding hardtail, from when we’re racing fourcross and BMX, so I put a little bit of fourcross and BMX into it, and it worked out.”

Pulling in for third, last year’s Crankworx Whistler Fox Air DH winner, Bas Van Steenbergen, was very happy with his finish, noting he picked up King of Crankworx points in both Dual Speed & Style and the Air DH during the festival—a  feat he missed in Rotorua last year.

Van Steenbergen was fourth in the King standings in 2016, so these points could prove instrumental, once he hits the looser dirt in B.C. and Les Gets, where he can really excel. Walker and Van Steenbergen practiced together the day before the Air DH and both felt their collaborative run-through helped them find the faster inside line.

“We kind of looked at lines together and it obviously worked out— just trying to make it as smooth and grippy as possible. He’s obviously from around here, so he kind of knows the dirt,” said Van Steenbergen.

Canadian Vaea Verbeeck was somewhat less lucky with that grip aspect, falling and hitting her head after the finish line, though she absolutely nailed her run. She finished in first place, achieving her best Crankworx result, to launch her World Cup season with serious confidence.

“Going on power pedals is kind of something I do all the time to try and keep up to the guys, when I ride at home,” she said. “So it felt really good. I wish that I didn’t have a mishap past the finish line, but, all in all, my race time was great and that’s all that matters.”

Verbeeck bested reigning Queen of Crankworx Jill Kintner (USA) by 0.09 seconds, though Kintner had a big win as well, finishing at the top of the 2017 Queen of Crankworx standing, just as she had in Rotorua last year; although, this time she is up on second place, Caroline Buchanan (AUS) by just five points.

“It’s good to have Caroline here. It’s a little bit more pressure. I feel pretty good, but it’ll be tight, probably, the whole year, which is fun,” said Kintner, adding she is conscious it’s early in the season. “…This is nice but…I definitely want to get a few more wins. I don’t want to just be settling for seconds.”

Kintner and Buchanan finished second and third, respectively, in the Air DH—a strong result for Buchanan, who isn’t a downhiller.

“For a two and a half minute course, it was actually so much more taxing on the body than even, say, Whistler Air DH—that’s more like four minutes—so yeah, that’s a tough one. But I think for me, with my BMX background, I think I did really well on the jumps. I just need to work a little bit on my downhill cornering speed for the next one,” said Buchanan, who has only just returned to the Crankworx scene after stepping away to train for the Olympic BMX.

New Zealand’s Matt Walker pins it down Skyline Rotorua Gravity Park’s Mr. Black to deliver a picture perfect first place finish in the Crankworx Rotorua Air DH and become the man to beat in the race for King of Crankworx
Image databank: http://bit.ly/1JB158w