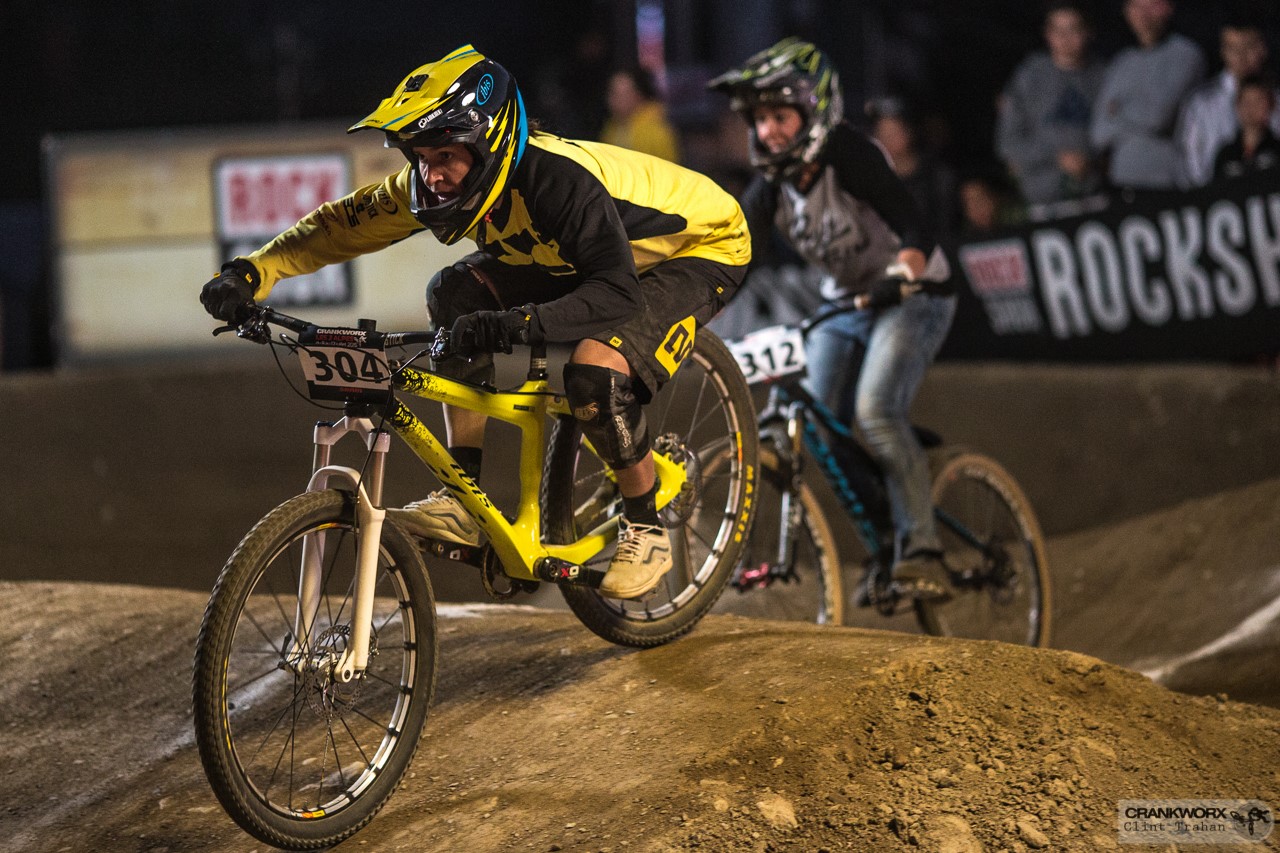 France vs. The World heats up with another 1st place finish, this time for the French

The Olympic BMX champion had never actually raced the bumps until she hit the dust in Les 2 Alpes, nearly delivering the first tie finish on a Crankworx pump track against fellow superstar Anneke BEERTEN (NED).

“When I saw the board, I looked under my name, not under Anneke’s name, so I knew I was there—I knew I had won,” she said. She didn’t realize Beerten was also listed in first spot.

Having won the pump track in Rotorua earlier this year, Beerten was picked to act as team captain for ‘The World’ in the Crankworx France vs. The World competition and her second place finish had an entire team waiting to for the results, which took several minutes to collect.
When the timing was finally verified, Chausson took her win by 0.002 seconds—as close as it’s ever been at Crankworx.

“Pump track is all about timing…it’s not a big gap. It’s really tight, that’s for sure, and that’s what makes it exciting,” she said from the finish corral.

The men’s winner, by contrast, didn’t need much proof to show his dominance. After bringing in the first win for Team France with a third place finish in the D.S.&S., Adrien LORON (FRA) rallied to take first place in the pump track, a stunning end to his evening.

“I can’t imagine something better. It’s just amazing. I won it here two years ago and from this time, it was really hard to win again,” he said.

Loron beat Joost WHICHMAN, Crankworx Rotorua Pump Track Challenge champion and the foremost FourCross rider in the world. The crowd favourite, however, appeared to be fourth place finisher, Chaney GUENNET (FRA), who is from Chateauroux, France, just a village away from Les 2 Alpes.

Results for first and second place in the D.S.&S., held just two hours before, put the Brits on top with buddies Bernard KERR and Sam REYNOLDS one and two.

Speed, once again, trumped style as the Crankworx judges tried a second run at a more evolved points system, awarding defined time differentials for delivering on specific tricks. Kerr leaned on his speed and the bet paid off, delivering his first Crankworx win in the six years he’s competed at the festival.

“Honestly, if (Cam) Zink hadn’t ridden badly against me, he might have taken it because he’s so fast and so good at tricks,” said Kerr, who doesn’t have the freeride flare in his own repertoire.

Kerr only narrowly edged out Reynolds, who conceded without excuse.

“It’s hard enough to make it through every single run with no mistakes. Unfortunately, my mistake was in the final, but whatever. I just went a little bit too fast on both runs and I’m sure I lost a little bit of time,” said Reynolds.

Coming in third, Adrien Loron helped push ‘Team France’ onto the scoreboard in the Crankworx France vs. The World competition and landed himself the top performance of the Les 2 Alpes festival thus far. The standings for France vs. The World have The World out front, though the teams remain neck-and-neck after day two.