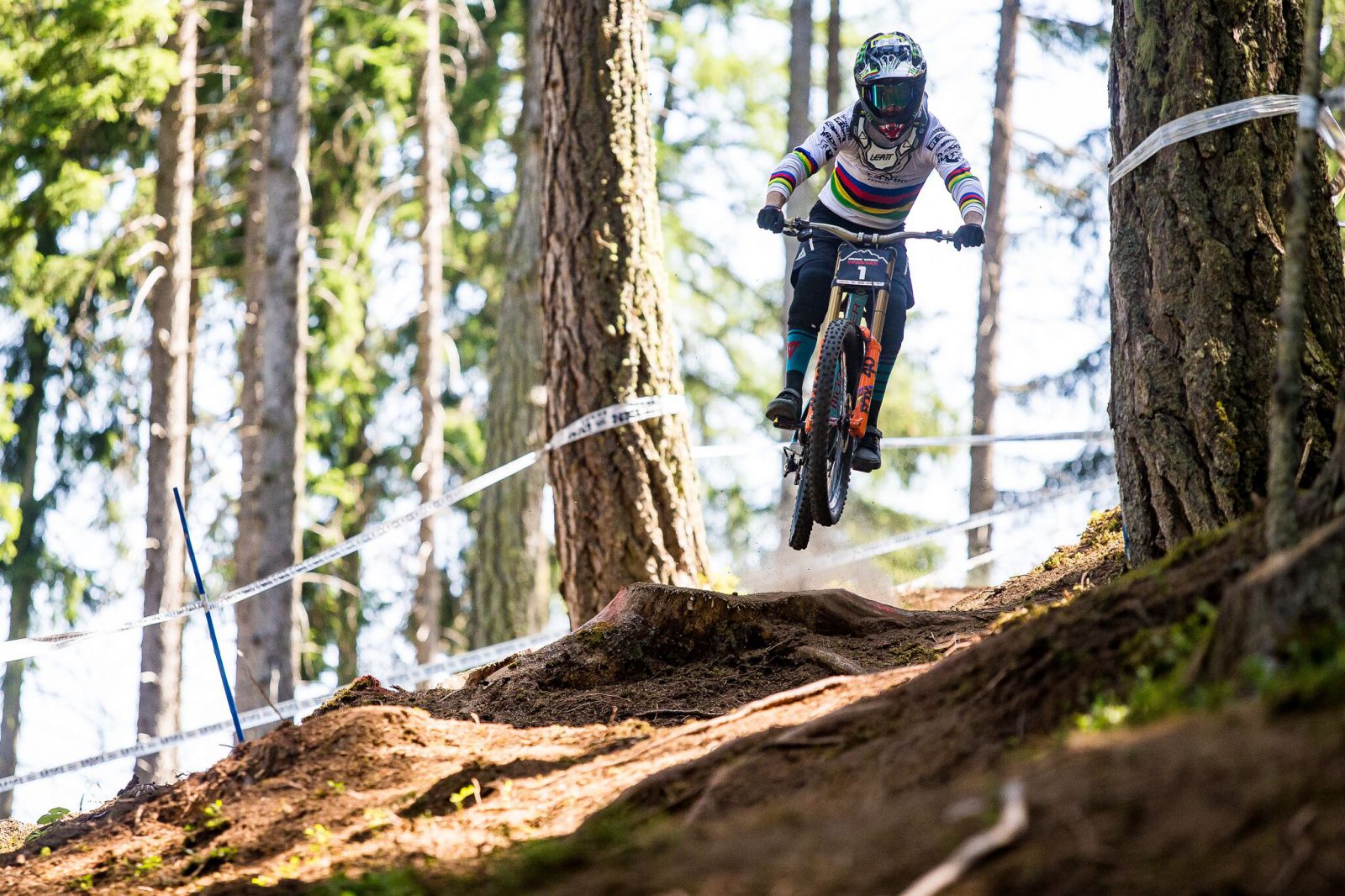 CRANWORX INNSBRUCK DOWNHILL BRINGS THE HEAT, THE SPEED, AND THE STARS

Innsbruck welcomes World Champion onto its inaugural first place step Aussie racer shows her own stripes with a win on a hot, dry track—just as she likes it

FOR IMMEDIATE RELEASE Innsbruck, AUSTRIA; Saturday, June 24 —If there was a surprise in the Innsbruck downhill, it was in the course, rather than the podium, as the fast-running track unearthed holes and ruts, pushing the racers onto their edge.

First place finishers Tracey Hannah (AUS) and World Champion Danny Hart (GBR) weren’t exactly longshots for the win, although Mick Hannah (AUS) did give Hart’s and his rainbow a serious shakedown, sliding in just .15 behind for second place.

“It’s really hard not to override the track. You want to be giving it full beans because it is so rough and so blown out … It’s definitely a tough course,” said Hart.

Push on they did, before a massive crowd rowdy fans—nun-clad chainsaw-wielding superfans included—the race, which was rescheduled to accommodate a move in the Slopestyle, delivered one powerful showing.

“I was trying to be consistent, but be on the edge. The track is pretty wild. It’s pretty fast, so you have to be safe, but fast,” said Hannah. “It’s a really hard track to have a consistent run on, but I tried to make as few mistakes as possible.”

Being able to balance small goofs and press on through the woods on the off-camber, rooty turns, appeared to be the name of the game.

“You are forever on the edge of your bike, on your brakes and trying to prepare for your next turn the whole way down. It’s very physical,” said Hannah.

“It was definitely on my mind,” said Kintner, who has a decent lead, having competed in more events. Buchanan, in second, didn’t throw her hat in the ring for the downhill.

After a hard loss on the pump track the night before, she was pleased with the outcome Saturday.

“I really like this course and I like this town and what they’re doing. So it was just overall awesome,” she said.

The final event of Crankworx Innsbruck will be a best trick competition, to be stage on Sunday, June 25 from 3-5 p.m.