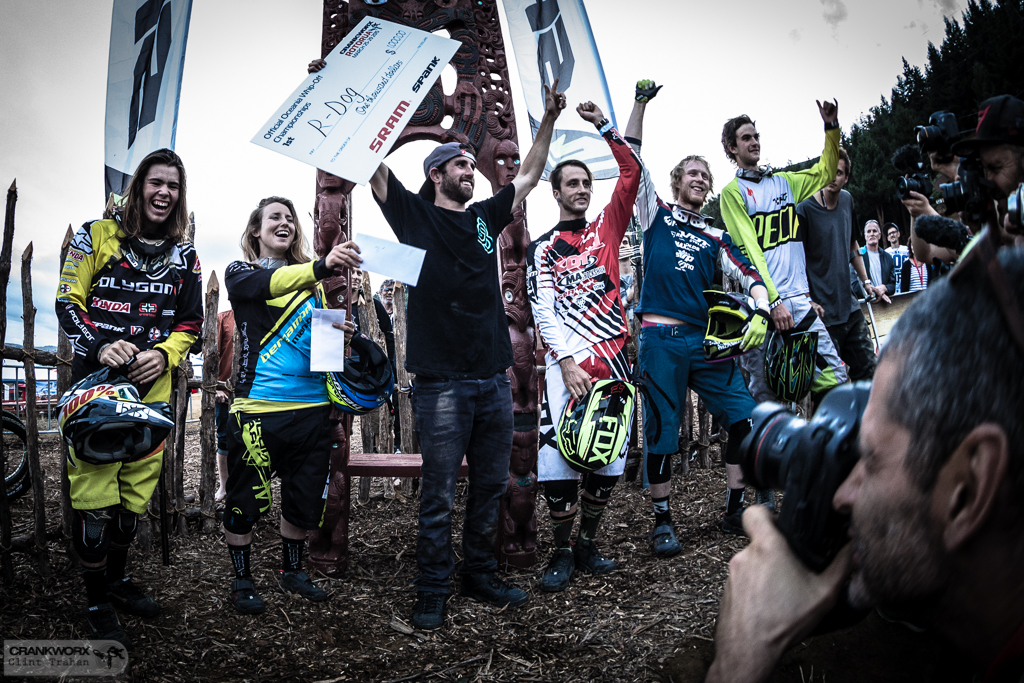 March 25, 2015 Rotorua, New Zealand—With the reigning World Whip-Off Champion, Finn Iles, sidelined by injury and serving as a judge, Californian Ryan “R-Dog” Howard rocked up and walked away with a win.

Howard will also compete in the Mons Royale Dual Speed & Style on Thursday and hangs with the best of the Slopestyle gravity scene. The Whip-Off, he says, suits his riding style.

“It’s a jam format and I really like jamming, so that’s when I ride the best,” he said. “I’m just having fun riding bikes.”

A large crowd was going crazy as Howard threw down 90-degree whip, after whip to secure the top spot, and Brandon Jackson, who crashed twice and finished the event on crutches, was given an honourable mention by the judges.

“There’s a lot of new talent, so that’s awesome to see. R-Dog was the clear-cut winner, though, and it was really tight from the second to seventh places; but R-Dog was consistently the best this time round,” said mountain bike photographer Sven Martin, creator of the Whip-Off and event judge.

As the first event of the new Crankworx World Tour and Crankworx Rotorua, the Whip-Off made its mark with 75 entrants and a hillside full of spectators.

“The whip-off has definitely got the best vibe of every event, I reckon. This one is a bit of a one-hit wonder. You get one jump. In Whistler, you get three jumps—but this is fun,” said Canadian Casey Brown. She liked how the venue made it more accessible for families and larger crowds than the mountainside perch where the whip is held in Whistler. Alana Callum, from Queenstown, was the only other woman to challenge the event and the pair had the crowd on their feet.

Iles earned the title of World Whip-Off Champion in August at just 14 years old, after fans rallied to see him compete in Whistler. He was two years under age and he had been trying to compete since he was 12. A wrist injury took him out of competition in Rotorua, which was to be his first overseas event.

“It was cool to see how the other guys were throwing down but it was hard wanting to go out and ride myself,” he said from the judge’s huddle.

Photo: ow.ly/KLJvK
Cutline: Ryan Howard was the clear winner in a field of 75 riders out for the first Official Oceania Whip-Off Championships and the kickoff of the Crankworx World Tour.