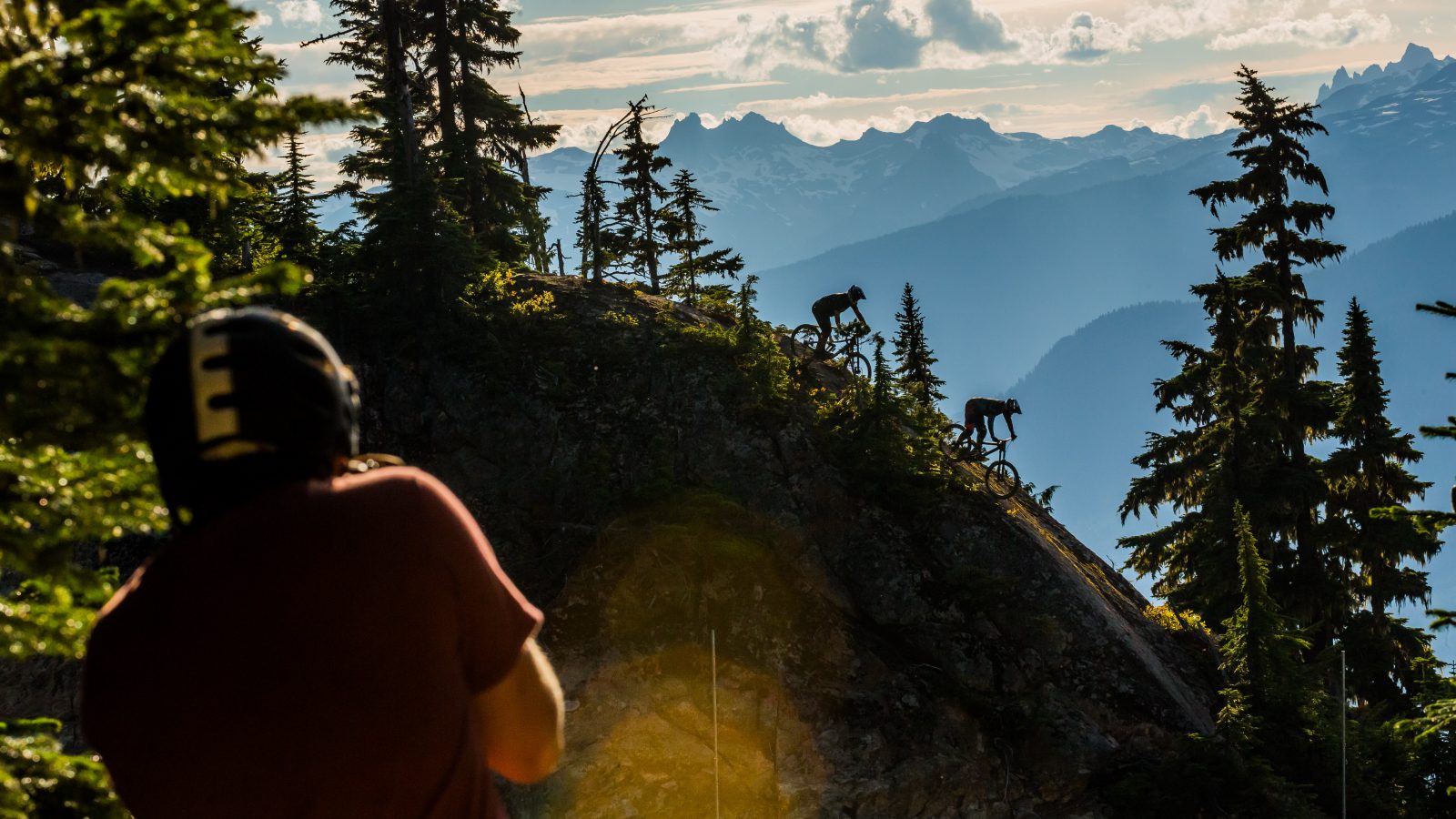 FOR IMMEDIATE RELEASE
FRIDAY, SEPT. 2, WHISTLER, BC – The votes have been tabulated, the judges have spoken, and the winners of the Samsung Deep Summer Photo Challenge from Crankworx Whistler are multiplying.

The once simple competition to assemble the best photography show in three days, with a hand-selected team of riders, now includes a string of winners and challenges—fan favourite, judges’ pick and three opportunities to shine by coming up with the best iconic shot.

Last year, Crankworx organizers selected places so oft-featured in Whistler’s mountain biking lore it’s hard to see them from a fresh angle and turn them into award-worthy art, and asked the gifted group competing to give the icons new life. The iconic shots level the field of play asking everyone to tackle the same task, while creating their own unique storylines, and the results of the entire competition were remarkable.

“This year we had a group of relative up-an-coming and lesser known photographers. The result was, I think, the strongest five shows we’ve seen in one year. Every photographer really grabbed the opportunity and presented exceptional work. Also, I’m proud to say that each one proved themselves to be an absolutely top notch human being as well,” said Seb Kemp, who spearheaded the cultural component of the final Crankworx World Tour stop.

Tommy Wilkinson won first, returning to the United Kingdom with a Best In Show and $3500 cheque, awarded during the mid-Crankworx evening show. He also won one of the iconic shots—the GLC drop—for mid-air rider shown through the tree canopy.

“It’s just amazing to be a part of it and we weren’t expecting anything, so to win is awesome,” said Wilkinson, whose show, “Common Ground”, was inspired by the concept of the “weekend warrior” who loves to ride and goes out to kill it every weekend.

In the end, it wasn’t the concept, so much as his consistency, which won the judges over.

“He hit all the marks, and there was never any lows where you wondered why that photo was in the edit. They kind of all linked through and lead the viewer through a story,” said Judge Anthony Smith, of Bike Magazine.

Ben Haggar had to wait for his win. After a week of online voting, Haggar proved the Peoples’ Choice Award winner this week for his ode to the hand-crafted trail.

“I just love the creativity of finding a beautiful piece of forest and working with what that hillside has to offer,” he said.

Haggar has tried to win the Pinkbike Wildcard Competition to compete on a number of occasions, so he was thrilled when Kemp selected him to compete.

“When something you have been hoping for is realized you almost don’t want to do it because you could mess it up. So, I knew I wanted to come out, and I knew what I wanted to do, but I was nervous,” said Haggar, who takes home the other $3500 prize.

The man who did win this year’s Wildcard to compete, Chris Pilling, did not walk away empty handed. He earned a mention for one of the iconic shots, a Black and White hip-jump of the tree island in Garbanzo Zone. The Deep Summer Rotorua Photo Challenge winner, Simeon Patience, took home the final iconic shot win for his bird’s eye view of Top of The World.

The premise of the winning video is a mystery in the bike park. Riders are going missing from the Whistler Mountain Bike Park, and as one friend goes looking for a missing rider he is caught off guard by a man dressed in black—Kovarik racing’s Chris Kovarik—who chases him down the mountain.

“The winning video had the whole package. It had all of the components. Not only were the visuals awesome, but the sound edit was dialed, and it was unique, and fun, and something we haven’t seen before. It was fun, but it also kept us on the edge of our seats,” said Judge Matt Dennison, who directed the winning edit, featuring SRAM Social Media manager Ross Measures, in 2014.

Forbes was surprised by the win.

“I didn’t think I had it. Mike Gamble had such a good video, same as Ollie Jones, and Eddie Masters too. So funny. I can’t thank my crew enough. They did so much work,” he said. He took home a $5000 cheque for the win.

Through dirt, sweat and cheers, Crankworx celebrates the epic endurance, supreme flow, monster air and heart-stopping drops of gravity mountain biking. Anointed by dirt, powered by passion, the Crankworx World Tour travels to Rotorua, New Zealand and Les Gets, France and culminated in its Canadian home base of Whistler, B.C.