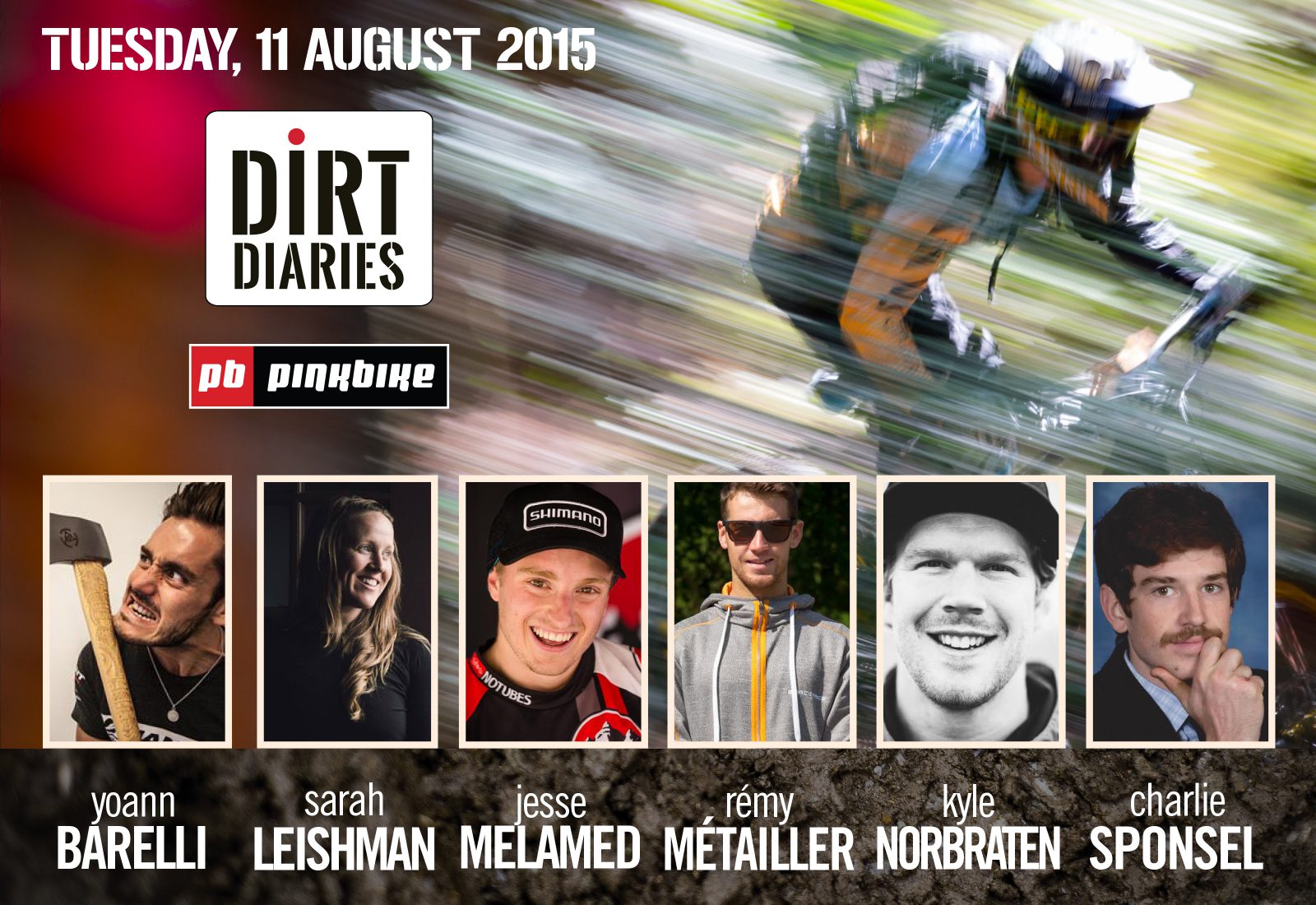 GoPro puts storytelling in the hands of mountain biking maestros

WHISTLER, B.C. June 1, 2015—Crankworx and Whistler Blackcomb will celebrate the creative spirit and storytelling culture of mountain biking for the fourth year with Dirt Diaries.

Six mountain bike athletes have been invited to assemble a team of riders and videographers to produce a video showcasing their passion for their sport. Intended to inspire others to get on a bike and ride, the four to six-minute videos will be created over the next two months and be screened on Tuesday, Aug. 11 on the main stage in Whistler Olympic Plaza during Crankworx Whistler.

“Dirt Diaries gives the athletes a chance to take the camera in their own hands and capture the stories they want to create,” says Darren Kinnaird, Crankworx World Tour General Manager.

The riders selected to compete are:

Kyle Norbraten – One of the three members of the Coastal Crew, a Red Bull Rampage contestant and all-round Mr. Nice Guy for Specialized Bikes, Kyle has teamed up with last year’s winning filmmaker, Matt Dennison.

Rémy Métailler – This fast Frenchman has more lines around the bike park than most people think possible. Expect the unexpected and be ready for machine gun speed and (trail) destruction.

Charlie Sponsel – Professional downhill racer, reluctant enduro racer, renowned blogger and enfant terrible. The question on many peoples’ lips will be: What will he say or do this time?

Jesse Melamed – A born-and-raised Whistler local who is inching up the ranks in the Enduro World Series as part of the Rocky Mountain-Urge enduro team, Jesse will bring a local’s appreciation and knowledge to the proceedings.

Yoann Barelli – A French transplant who now calls Whistler home, Barelli travels the world racing for the Giant Factory Racing team, and is always having fun, whether on or off his bike.

Sarah Leishman – Social media maven by trade, but professional athlete by design, Sarah is a maker and shaker with a keen eye for quality.

The teams started filming today, June 1, and must have their projects wrapped up and submitted to Crankworx organizers by Aug. 4. Shows will be judged by a panel of highly experienced film professionals and then aired in front of a huge crowd at the Whistler Olympic Plaza on Aug. 11. There is a total prize purse of $10,000, which will be handed out to teams for first ($5000), second ($3000) and third place ($2000).