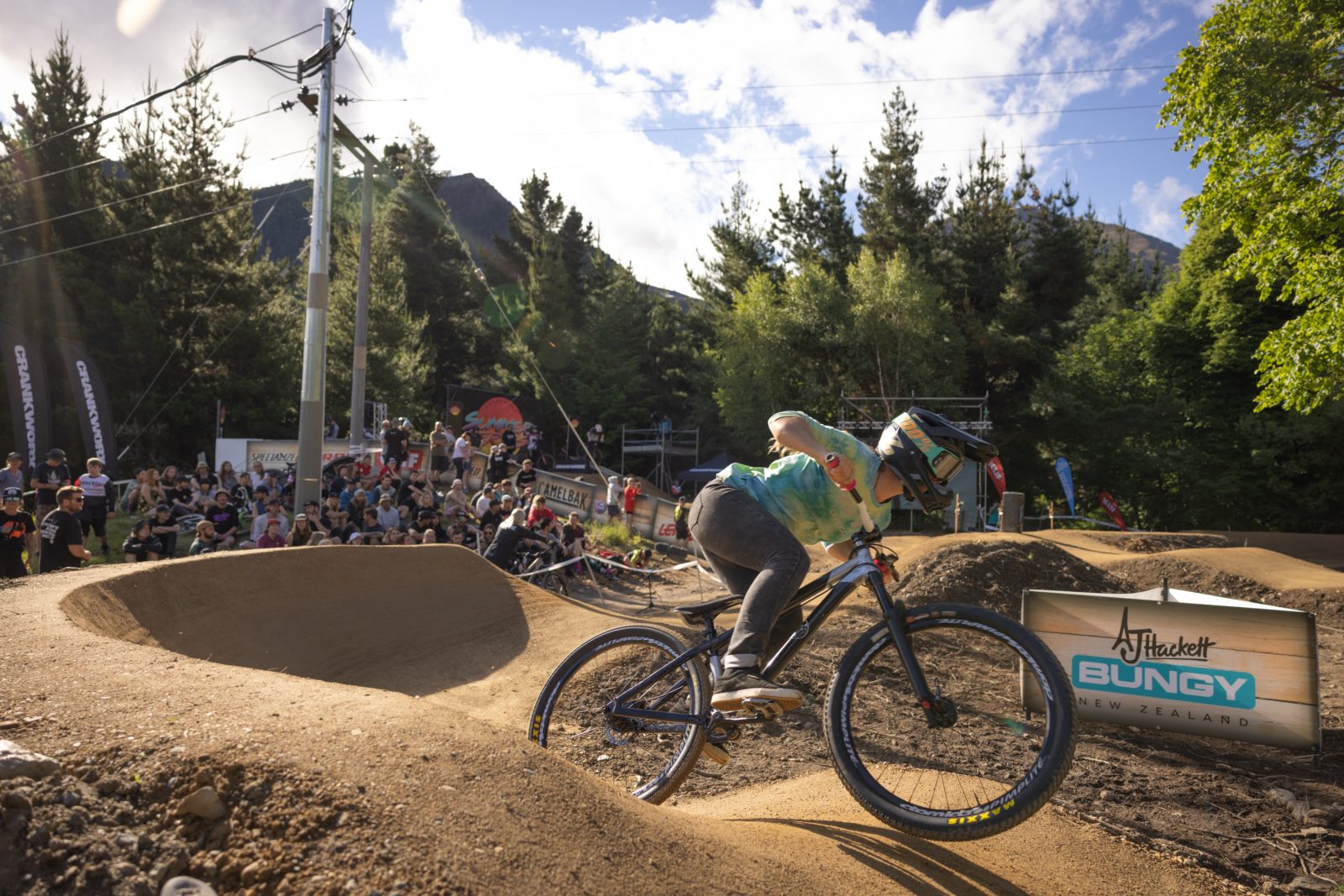 Crankworx Summer Series New Zealand launched in 2021, giving local and up-and-coming riders a chance to compete against international heroes including Sam Blenkinsop, Casey Brown, and Caroline Buchanan. This multi-stop festival series made for the ultimate summer road trip through the Southern Lakes Region. When not training or racing, riders got a chance to experience the best of this region through heaps of epic activities such as heli biking and bungee jumping in Queenstown, climbing a waterfall in Wanaka, checking out the trails in Alex on a shop ride with the crew from Henderson’s Cycle, and savouring some of the local wineries. Follow along this epic mountain biking summer road trip as a rider or spectator as it should surely bring the good times again this March.

“The Crankworx Summer Series New Zealand was such a blast back in 2021, and this year we are delivering a similar number of events at all the same great venues, but in quite a different global environment compared to what was in 2021,” Tibble commented on the return of Crankworx Summer Series New Zealand. “We have the Summer Series confirmed until 2027 which means we have a unique opportunity to try things out and adapt over the long term which is really exciting from an event organisers perspective.”

The CSS NZ includes categories for Pros, Open, and CWNEXT racers. Registration is now open for anyone looking to get amongst the action this summer. Please see full details HERE on athlete registration.

Who are the pros on deck so far to battle it out, and where is it all kicking off? Here’s a sneak peek of some athletes already confirmed for the Crankworx Summer Series New Zealand Overall Champions title.

“I’m super excited for the Crankworx Summer Series to return,” Martha Gill said of the series’ return to the Southern Lakes region. “This year it’s roughly a month before Crankworx Rotorua so it’s ideal to get in a bit of fun racing action as a build-up to Crankworx Roto but with less pressure for results. Also, to have some Crankworx races in the Southern Lakes region is like a level up, the scenery is incredible, the trails and riding are all time, and there’s also heaps of off-the-bike activities to go at!”

The riding in Alexandra is known for rocky, janky, techy good times. Riders get ready for a fight for flow through boulder fields and over rock rolls, and a weekend full of lung-busting efforts, mechanicals, and a real good time in Alexandra, New Zealand. Fast, or slow, one thing’s for sure — you’ll wish you were staying longer.

The new world-class Matangi Station MTB opened in summer 2021/2022 unearthing some of Alexandra, and Central Otago’s most raw, rocky and technical trails. Alexandra is a cyclist’s haven with riders coming from all over the world to get amongst their famous tracks. Alexandra is also a hub to accessing Central Otago’s three Great Rides, including NZ’s Original Great Ride the Otago Central Rail Trail, the Roxburgh Gorge Trail and Clutha Gold Trail. The nearby Lake Dunstan trail opened May 2021 to great fanfare and has been received well with those testing the dirt.

The picturesque Bike Glendhu Dual Slalom track will surely prove to be an all-out pedal-fest, pushing competitors to lay it all out on the dirt for one final push toward the finish line.

The brainchild of an industrious farmer and a wellness expert with a love of mountain biking, Bike Glendhu has quickly become a local favourite in Wānaka. Wānaka’s newest bike park – Bike Glendhu, has over 1,000 hectares of terrain on Glendhu Station overlooking Lake Wānaka with some of the most stunning views imaginable. The 30km network of tracks, for riders of all skill levels, will leave you pumped and coming back for more – so it’s just as well it’s open almost all year round!

New for 2023, Cardrona Bike Park will host the Downhill race for Crankworx Summer Series New Zealand. The trails at Cardrona Bike Park provide the perfect arena for the riders to duke it out and see who can pin it to the bottom the fastest.

Cardrona Bike Park is New Zealand’s highest bike park; alpine riding at its finest. Cardrona Alpine Resort offers chairlift-accessed downhill mountain biking over 25km of downhill mountain bike trails, including the famous Peak to Pub trail, with over 1200m of vertical descent. ‘Cardies’ is arguably the most picturesque lift-accessed park in the region with of the Southern Alps.

After such insane head-to-head racing in 2021, the pump track will return once again to Queenstown for 2023.

Queenstown is an internationally-renowned mountain biking destination, boasting three lift-accessed parks and quality gravity-fed downhill biking in an iconic, world-famous alpine location. It welcomes everyone from the hardiest of bikers to the aspirational progression riders. Not to mention the apres-bike scene with vibrant nightlife that ensures the action doesn’t stop after the sun goes down.

Events to be broadcast on crankworx.com are the Queenstown Pump Track.

The Crankworx Summer Series (CSS) kicked off in British Columbia in 2020. 2021 will see the multi-stop mountain bike festival bring the world’s best riders and the Crankworx vibe to the Southern Lakes Region. The region sees the best of NZ summer and is earning its place on the global mountain bike map with terrain and tracks to suit every rider, from beginners and families after a cruisy lakeside trail to avid riders looking to test their limits on the rocky alpine tracks.