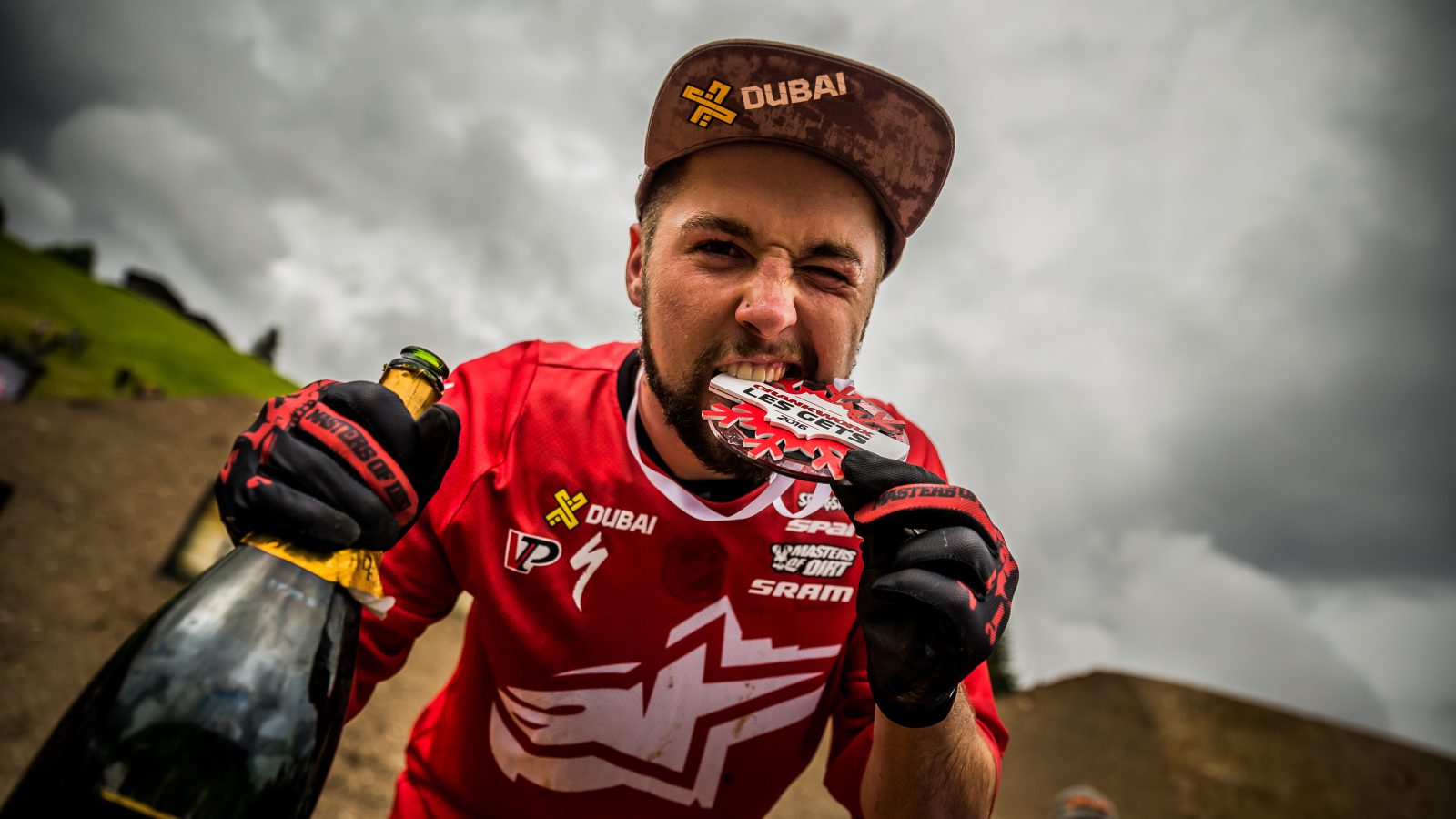 Social: The quest for the Triple Crown of Slopestyle sees a changing of the guard with new faces… http://bit.ly/2m7oAPi #NextDimension #Crankworx
Last run of McGazza’s course shepherds in new generation of fearless talent

FOR IMMEDIATE RELEASE
Rotorua, NZ, Tuesday, March 28
— A new breed of freestyle athlete will take on Kelly McGarry’s masterpiece course at Crankworx Rotorua next weekend as New Zealand opens competition season with the first event in the quest for the Triple Crown of Slopestyle.

The epic Brett-versus-Brandon battles of years gone by will take a back seat as five-time Red Bull Joyride Champion Brandon Semenuk (CAN) takes the course on Sunday, April 2 without his friend, and rival, 2016 Joyride Champion Brett Rheeder (CAN).

Rheeder is recovering from knee surgery and his absence leaves the door wide open for new challengers. Leading the charge will be powerhouse trickster Nicholi Rogatkin (USA), who is weighing the possibility of some high-risk new moves.

“Everyone is a contender. Nobody truly knows what all the guys have been training for over the winter, so some surprises could be in store,” says Rogatkin. “Brandon, of course, had an absolutely incredible run last year, and nobody expects anything less this year… Every rider out there is also a great friend, so I’ll be cheering on all the boys and hoping they stomp the run of their dreams.”

Rogatkin, just 21 years old, opened the 2016 season in Rotorua by breaking new ground in the sport with the first 1080-cashroll ever performed in Crankworx competition. It wasn’t quite clean enough to best Semenuk’s ever-graceful performance, but when he returned to Crankworx Les Gets, where the event was dialed back to a “best trick” competition due to weather, he walked away with the win.

This time around, he will be focused on “planning a thriller of a run all the way down the course,” indicating to organizers he is hungry to podium.

“Nicholi is one of the most exciting mountain bikers in the world. He has a raw talent and is always pushing the boundaries as far as what is humanly possible. I have no doubt that when Nicholi drops in to Crankworx Rotorua, he’ll be showing us, yet again, why he is one of the best riders on the planet,” says Tak Mutu, Crankworx Rotorua event director.

This will be the last time the Crankworx Rotorua Slopestyle in Memory of McGazza runs as McGarry designed it, leaving the riders with the additional challenge of honouring the great Kiwi rider’s achievements one last time.

“Kelly and his partner, Tom Hey, really outdid themselves with this course. From the moment it hit the competition circuit in 2015, it was known as one of the best in the world. Ordinarily, we like to see each course redesigned every year, but this one was so well done, and Kelly’s contribution so revered within the sport, we knew we had to leave it open for this final season to do his memory justice,” says Darren Kinnaird, Crankworx General Manager.

Young riders like 21-year-old Max Fredriksson (SWE), who was third in the 2016 FMB standings and Joyride podium finisher in August, will be keen to take up the torch. He goes into Rotorua as top seed, and will be joined by his countryman, Emil Johansson (SWE), who arrives poised to podium with a top-10 in the FMB rank and an industry vote. At 17 years old, he has just signed to the Trek C3 project, alongside Semenuk, Rheeder, and Cam McCaul (USA).

There will be new faces, like Nico Scholze (GER), who won the wildcard entry at 26Trix with a massive backflip Tsunami to secure a spot in Swatch Primeline and entry onto the world stage. And on the top end of the experience spectrum, Ryan Nyquist (USA), 38, who achieved a successful crossed-over from BMX last season, will be trying to beat the second place he achieved in the FISE Montpellier and find his way to his first Crankworx podium.

With the addition of Innsbruck to the now four-stop Crankworx World Tour, the Triple Crown of Slopestyle will be just a hairline easier to grasp. It will now take three wins out of the four slopestyle events to secure the $50,000 title, and more than one rider may be in pursuit as the season unfolds.

All four events in the quest for the Triple Crown of Slopestyle are broadcast LIVE, on all your devices exclusively on Red Bull TV and Crankworx.com. The Rotorua Slopestyle event, the Crankworx Rotorua Slopestyle in Memory of McGazza, is the finale of the Rotorua festival and runs on April 1 and April 2, 2017, depending on time zone. Please check the listings below.

A complete list of riders participating in this year’s Rotorua slopestyle competition is posted on Crankworx.com.

The complete Crankworx Rotorua Broadcast schedule is as follows: