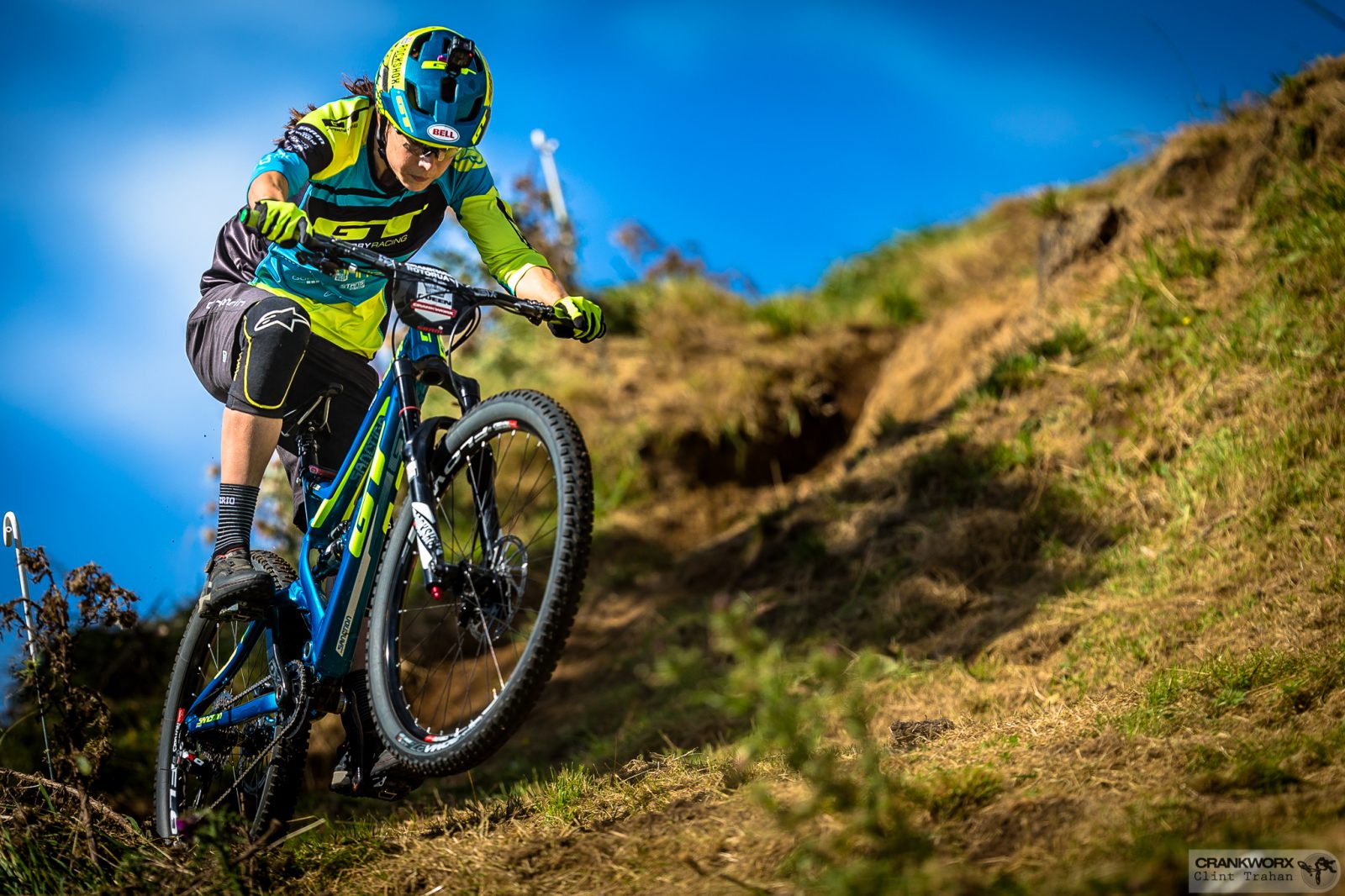 FOR IMMEDIATE RELEASE
ROTORUA, NEW ZEALAND 14 July 2016—The world’s elite international Enduro mountain bike racers return to the Whakarewarewa Forest this spring with the announcement Rotorua will, once again, be part of the Enduro World Series.

Part of the ever-expanding Crankworx Rotorua festival, the GIANT Toa Enduro brings more athletes, more stars and more industry power back to New Zealand as the eyes of the world tune in, and teams from around the world descend on Rotorua’s volcanic wonderland.

“The Enduro World Series is the epitome of sport. It’s adventurous. It’s competitive. And it is helping to grow a sector of mountain biking, which athletes can take part in at every level. This is where mountain biking is going and we’re thrilled Crankworx Rotorua will be able to host a stop this year,” says Crankworx General Manager Darren Kinnaird.

Dropping onto the area’s fern-crusted loam March 25 – 26, Rotorua’s famous “dirt gold” will have the honour of opening the eight-stop EWS season, as the GIANT Toa Enduro launches a circuit with stops in Australia, Ireland, Portugal, Spain, France, United States, Canada and Italy.

“Enduro riding and trail riding is Rotorua. That’s what we’re known for, and to have the world’s biggest enduro event here just feels right. Bringing in the EWS means Crankworx fans get to see all the top riders in the world sit on our cool shores and ride our cool trails,” says Tak Mutu, Crankworx Rotorua Event Organizer.

The extensive trail network of the Whaka Forest makes enduro racing a natural fit for Rotorua, and the discipline is already a highlight of the annual Crankworx festival.

Enduro is the fastest growing competitive discipline of mountain biking in the world. It combines a series of short downhill races, or stages, with cross-country liaisons, which see the athletes ride from the bottom of one stage to the top of the next; only the downhill sections are timed, with the fastest combined time determining the winner.

Featuring both professional and amateur riders, the EWS sanctions qualifying events in order for highly competitive amateur athletes to compete in the same event as the most elite riders. Qualifiers in New Zealand include the Giant 2W Gravity Enduro, run out of Rotorua by Neil Gallatly, as well as the Urge 3 Peaks Enduro in Dunedin.

“Neil played an integral role in bringing our first EWS round to NZ in 2015, and the event sold out in just over two minutes,” says Mutu. “It was an epic event and we’re glad to see his contribution being recognized. He has truly created a legacy for himself in the NZ race scene.”

Race delivery for 2017 will be coordinated by Tim Farmer, of Nduro Events, and the Crankworx Rotorua team, both local and international.

After a successful first and second year, Crankworx will expand to become a nine-day festival this spring—dates to be announced at the end of the summer.  The festival contributed $8 million to the Rotorua economy in 2016 and 4.6 million viewers tuned in internationally to its broadcast and highlight replays.

“It’s a natural progression to go longer to fit more events in,” says Mutu. “We will make sure anything outside our Skyline Gravity Park venue can handle whatever the weather throws at it, and we’ll be putting a good deal of focus on expanding the expo and social highlights.”

Photo: Anneke Beerten, Queen of Crankworx, pins it in the 2016 GIANT Toa Enduro, the 2017 version of the race will be featured in the Enduro World Sereis.

Media photos: Photos are available for media use on the Crankworx Flicker account: flickr.com/photos/crankworx