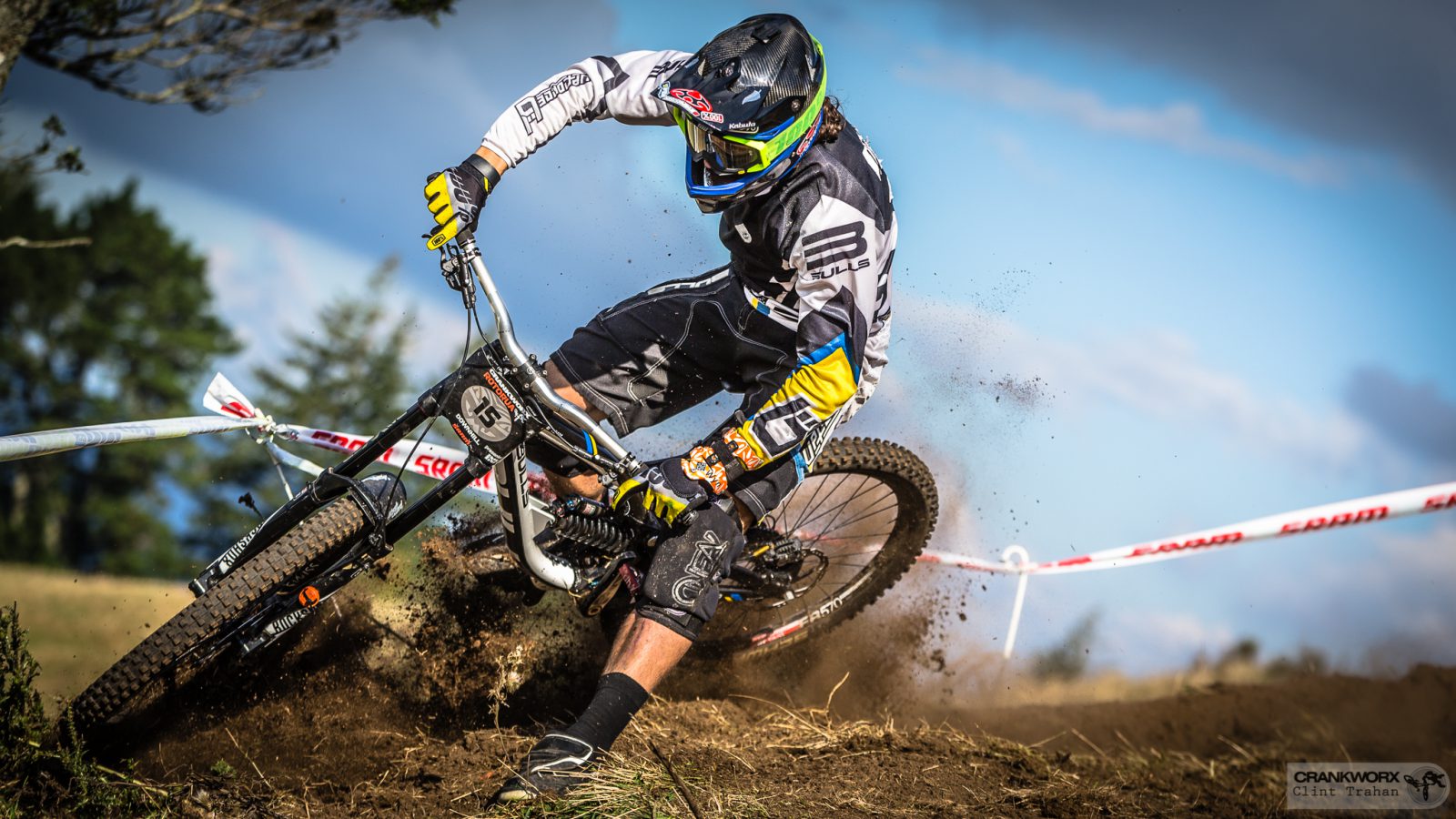 Both the Giant Toa Enduro and the Crankworx Rotorua Downhill presented by iXS, will offer amateur athletes a chance to race a top-tier course with the heroes of the sport with registration opening Friday, Jan. 15 (NZDT) at 7 p.m., Thursday, Jan. 14 at 10 p.m.(PST), for both races.

“The Giant Toa Enduro was an awesome race and a showcase of all of Rotorua’s best trails. It was also a true test to all the riders with a bit of rain mixing things up,” says Wyn MASTERS (NZ), who will return for 2016 to race both disciplines.

Fans couldn’t get enough of the mud bath, cheering and jeering as they watched Masters, known more for his downhill prowess, pull off third place among the best of the best in the enduro.

The inaugural Giant Toa Enduro served as the opening round of the Enduro World Series in 2015 and saw Jerome CLEMENTZ (FRA) best fellow countryman Fabien BAREL (FRA) down uncharacteristically gnarly descents in the Whakarewarewa Forest, roots slick from the rain. Fans and prospective racers can expect a number of big name EWS riders will be back to test their legs for 2016 in what’s promised to be a fast and flowy race this year, many using it as benchmark before opening their EWS season in Chile two weeks later.

Ranked twelfth in the Enduro Mountain Bike Association, Josh CARLSON (AUS) will look to avenge his last crack at Whistler’s SRAM Canadian Open Enduro presented by Specialized in August. Carlson was in position for the win until the final stage of the race when a flat tire took him out of podium contention, leaving him hungry for a win on his return to Crankworx Rotorua.

“What I liked about the Toa Enduro in 2015 was the epic trails and rad camaraderie amongst the entrants. As hard as the race was, everyone was stoked to be out on their bikes shredding some of the best trails in the world,” he says.

Meanwhile, downhill fans won’t want to miss Marcelo GUTIERREZ (COL) hit the start gate in the Crankworx Rotorua Downhill presented by iXS. All eyes will be on Gutierrez, the 2014 King of Crankworx, as he tests out the course he watched Loic BRUNI (FRA) slaughter last season.

“Based on the photos that I’ve seen from this year, it looks like an amazing race. The vibes and comments from the riders have been very positive and I can’t wait to be there,” says Gutierrez.

The multi-stage Giant Toa Enduro runs Wednesday, Mar. 9, 2016 and explores the Whakarewarewa Forest, culminating at the main Crankworx site, Skyline Rotorua Gravity Park. The Crankworx Rotorua Downhill presented by iXS will be held inside the park and closes out the five-day Crankworx Rotorua festival on Sunday, Mar. 13, 2016.

Registration for both events opens on Crankworx.com Friday, Jan. 15 at 7 p.m. (NZDT) or Thursday, Jan. 15 at 10 p.m. PDST, for those closer to the Crankworx home base of Whistler, B.C. Prospective racers will want to check the International Time Converter to find the correct local time to register.