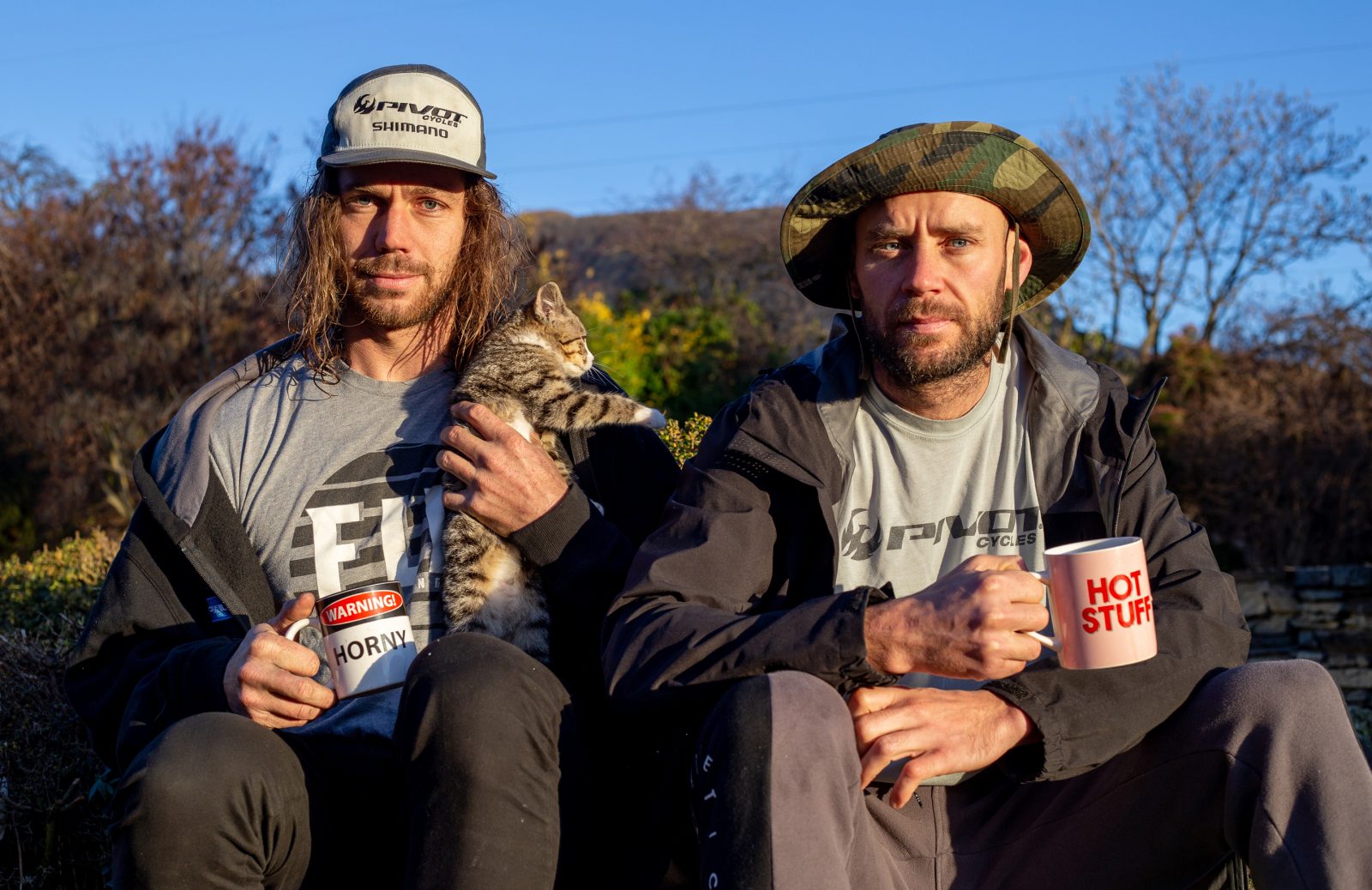 Contract rumoured to be worth millions in cryptocurrency, though paper on which password for digital wallet was written accidentally set fire to during stunt

WHISTLER, BC, June 9, 2021 – Crankworx, the world’s largest mountain bike festival, and the World Wide Wide World of Sports, the basically irrelevant and made up sports media agency, today announce that Eddie Masters and Matt Walker have been signed as the official educational journalismists for the Crankworx World Tour in 2021.

“Well turns out we are back once again for the World Wide Wide World of Sports,” said Matt Walker, who will also be racing for Pivot Cycles this year. “Not exactly sure who to blame for giving this one the green light but we’re absolutely stoked on it!”

“We have plenty of surprises in store,” added teammate and co-anchor Masters. “Only thing I can say is: be ready for more journalism, facts and stunts!”

For the 2021 season, World Wide Wide World of Sports will bring Crankworx fans poorly planned interviews with top athletes, and very basic and easily googleable information about the Crankworx World Tour. And as highlighted by Masters, who last season ended the first broadcast by jumping over a shopping cart stacked with flaming boxes: stunts.

“It’s with some trepidation that I welcome Matt and Eddie to the Crankworx family,” says Managing Director Darren Kinnaird. “Combined, they bring a few days of broadcast news experience to Crankworx.”

“I’m actually pretty nervous about this,” he added. “But they were the cheapest option.”

Highlights from 2020 include when Masters put Finn Iles in the hot seat, asking him how his first week of Crankworx had gone.

The world stood still as Iles answered “It was pretty good…” before Masters hung up on him.

The two media moguls fell into their jobs after international mountain bike racing was put on hold in 2020, and their attempts to find other meaningful work failed.

Their reporting on the CLIF Crankworx Summer Series launched them onto the international media stage, left them with some unique photos to up their Tinder game, and earned them a handful of accolades on Instagram from industry, fellow athletes, and mountain bike fans.

“Informative, yet not overly clear, leaving us – the viewing public – torn as to the depth of research and knowledge or skill required to execute this broadcast. Will follow along for more insightful chat, and stunts.” – @signedjames

Fans will be sad to hear that field reporter Steve Meowdden will no longer be on the team this year, having passed in December. RIP.

Catch up with what went down on the WWWW of Sports in 2020, and get ready for who knows what over the season ahead.