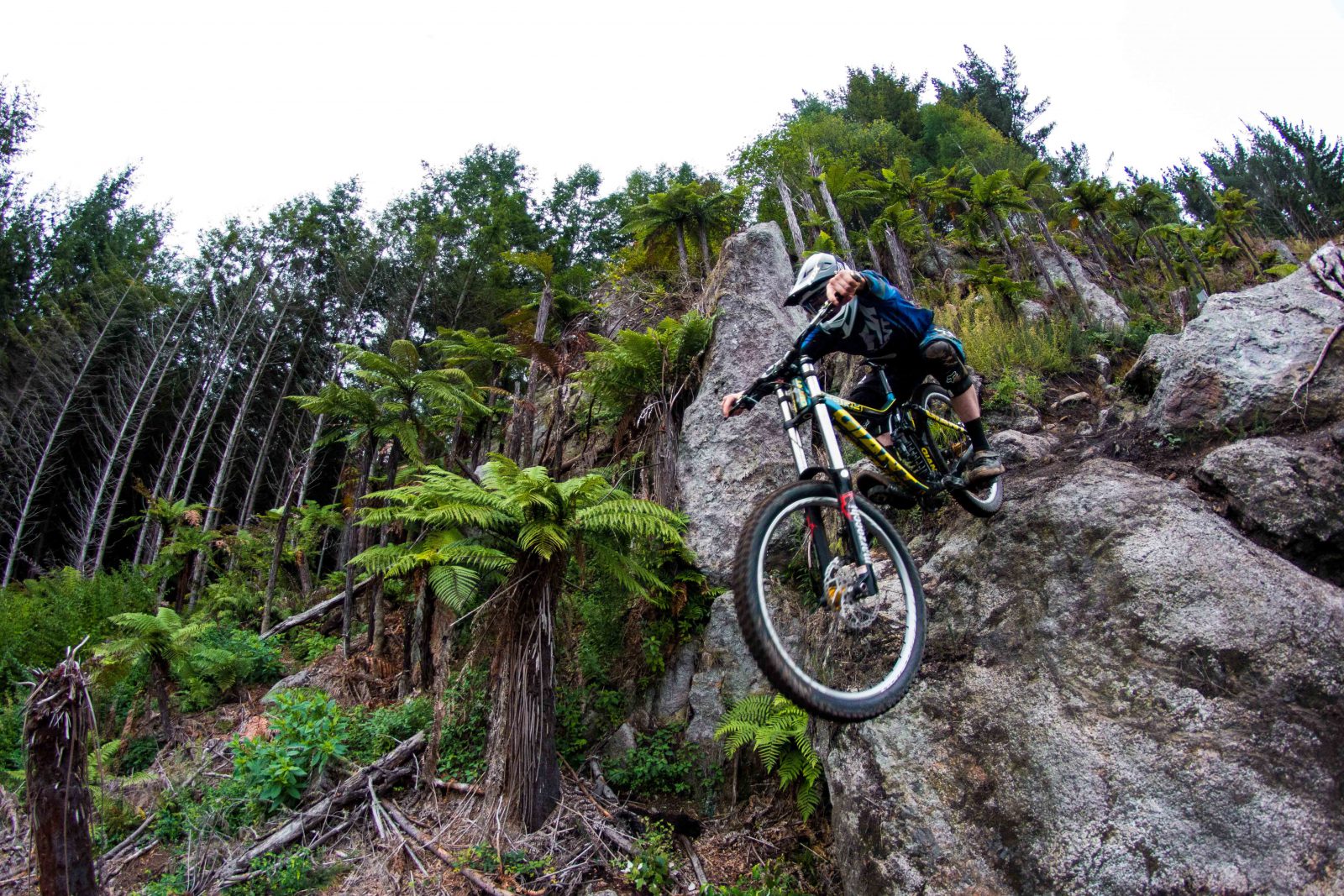 CRANKWORX DROPS IN TO SOUTHERN HEMISPHERE

Mountain Biking Festival will Debut in New Zealand in 2015

WHISTLER, BC August 16, 2014 – Mountain biking’s defining celebration is breaking new trail and setting the course for the future of the sport. Crankworx organizers announced today that world-class riding will kick off the 2015 mountain bike season with a brand new stop on the Crankworx circuit – Crankworx Rotorua. From March 25 to 29, 2015, the festival will alight in New Zealand for five days of two-wheeled competition, spectacle and celebration.

“We could not be more excited to be bringing Crankworx to Rotorua,” says Crankworx General Manager Darren Kinnaird. “The trails in New Zealand are out-of-this-world. Adding Rotorua allows us to grow the celebration and share what Crankworx is all about – it’s a gathering of the world’s best riders from all disciplines of mountain biking. It’s mountain biking at its most raw.”

Along with its latest festival, Crankworx will be transforming many of its biggest events into stand-alone series’, including the triple crown of slopestyle, a pump track challenge series, a dual speed and style series and a four-race Crankworx downhill series (two of which will be in Whistler). The Enduro World Series will also kick off the 2015 season in Rotorua as a part of Crankworx.

“The momentum behind Crankworx is continuing to charge forward – it’s become more than a mountain bike festival. It’s become a culture,” says Kinnaird. “We’re now able to offer athletes and the world a series of events to get stoked about. The dream was to find the right home for our third Crankworx stop so that we could continue to share events that showcase the best mountain biking athletes in the world. Rotorua is beyond perfect. This is a game-changer.”

Rotorua has become known as the home of mountain biking in New Zealand. Red Bull’s magazine, The Red Bulletin, ranked Rotorua’s Whakarewarewa forest in the top eight mountain biking destinations in the world in 2013 – the only Southern Hemisphere location to feature.

“We are so stoked to be bringing Crankworx to Rotorua. Where else can you watch the biggest names in the sport throw down, then ride alongside them in the same day?” says Event Director for Crankworx Rotorua and Owner of Mountain Bike Rotorua, Tak Mutu. “It’s a chance not only to showcase the trails that have brought people from all over the world to Rotorua, but also the dirt, the culture and the spirit of the people.”

Mutu, along with Deputy Mayor of Rotorua Dave Donaldson, have been in Whistler taking in the 11th year of the fest in Whistler.

“Sitting here at the foot of the trails of Whistler it is easy to see what an opportunity this is for both of us.” says Donaldson. “In terms of global exposure for mountain biking events, Crankworx is number one, so securing the third international location is a fantastic thing for Rotorua. We’re so excited about what we can bring to this festival and to the mountain biking world.”

About Crankworx
A gathering of the bike-minded, Crankworx brings together the world’s downhill, slopestyle and enduro legends, with the Superfans, the rising stars, the industry’s innovators and the next generation of mountain bike riders for ten days of contests, concerts, culture and cranking.

August 8-17, Whistler, BC, hosts mountain biking’s defining celebration. An event so awesome it broke the dictionary. Nowhere else will you see competitors of this calibre gathered in one place. Nowhere else offers as many opportunities for athletes to launch themselves into professional careers. Nowhere else blurs the line between participant and spectator. Nowhere else exposes the cult of the fat tire from as many angles, with as much spectacle and celebration. Anointed by dirt, aligned with gravity, powered by passion – Crankworx combines it all.