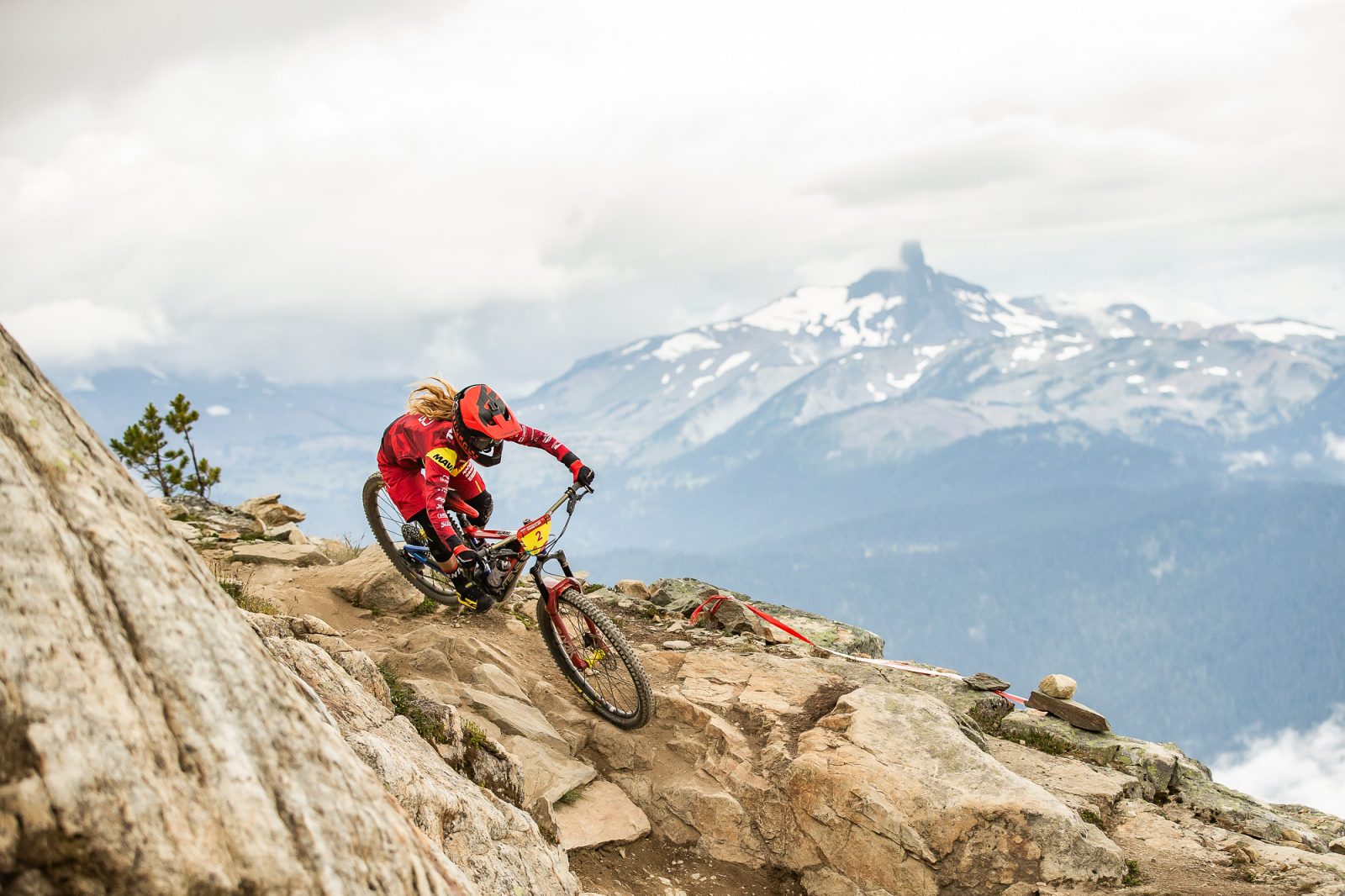 Whether you’re new to Enduro World Series (EWS) racing and want to learn more or you’re an old hat here for a quick refresher on this iconic race, we’ve got you covered. Everything you need to know about EWS Whistler coming at you in three… two… one…

Alright, let’s start at the veryyy beginning. EWS originates from France in 2003, as a stage-race format designed for mountain bikers. So, what does this mean exactly? Enduro essentially combines stages of track to create a race where downhill is timed and uphill is not and the rider with the fastest combined time after the stages is hailed the winner.

But why is EWS Whistler so iconic you ask? Well, besides simply being one of the most rewarding rides you may ever take on your mountain bike (but we’ll leave that up to your personal discretion), it’s what one might consider to be the race of all races…

Designed to be the definitive test for mountain bikers, an EWS race aims to foster adventure, competition, and community for the riders who are daring enough to take on the challenging course. But rather than us just tell you all the great things about EWS Whistler, let’s take a little trip down memory lane with some of our favourite race moments from over the years…

Conquering the race once dubbed Crankzilla is no small feat, especially during the scorching summer heat of 2015, but Tracy Moseley and Richie Rude seemed to pick up speed with every degree the temperature rose. Moseley and Rude, with times of 56:36 and 49:23 respectively, blazed across the finish line into the main village of Whistler after a grueling battle that left the crowd of thousands stunned.

2016 saw Richie Rude return to the top of the podium with a time of 48:35, beating his time from the previous year by almost a full minute; however, close on his tails (split by only 7 seconds) was Whistler hometown hero, Jesse Melamed. The spectacular peak and valley course was every bit the race that EWS Whistler is expected to be with its rough, raw, dirty, and undeniably epic terrain that keeps riders coming back for more. The race between Rude and Melamed was one that got the crowd on their feet roaring, stoked for the future of the sport with up-and-comer, Jesse Melamed, proving to be one to watch.

12 months later, almost to the exact day, Melamed stepped atop the EWS Whistler podium after managing to recover from a crash in the last stage of the race and pull off a winning time of 43:52. Besting legend Sam Hill, who had an incredible 17-second lead for the first two stages, Melamed claimed his well-earned title of mountain bike hero that day.

Cecile Ravanel of France also became a legend in her own right as she won her sixth EWS race of the year with a time of 51:26, an entire minute and then some, ahead of second-place finisher Isabeau Courdurier. Speaking on behalf of the many riders taking part in EWS Whistler, and giving others serious FOMO (fear of missing out), Ravanel shared: “Crankworx for us, it’s like the World Championships.”

Now don’t worry if you’re not a Jesse Melamed or Cecile Ravanel just yet, you can still take part in EWS Whistler. In fact, there’s two options for you: EWS100 or EWS80. EWS100 is 100% the same course that the pros race and EWS80 is 80% the same… consider them like a full and lite version.

We’ll leave it up to you which version you’d like to tackle, but either way, what’s cool about an EWS race is that everyone – from absolute legends on two wheels to newbie riders making their way down the mountain for the first time – has the opportunity to race the same course. Quite the flex to say you’ve raced on the same trails as someone like Cecile Ravanel or Sam Hill, don’t you think?

Sign-up with the link below and we’ll see you out on course this August!