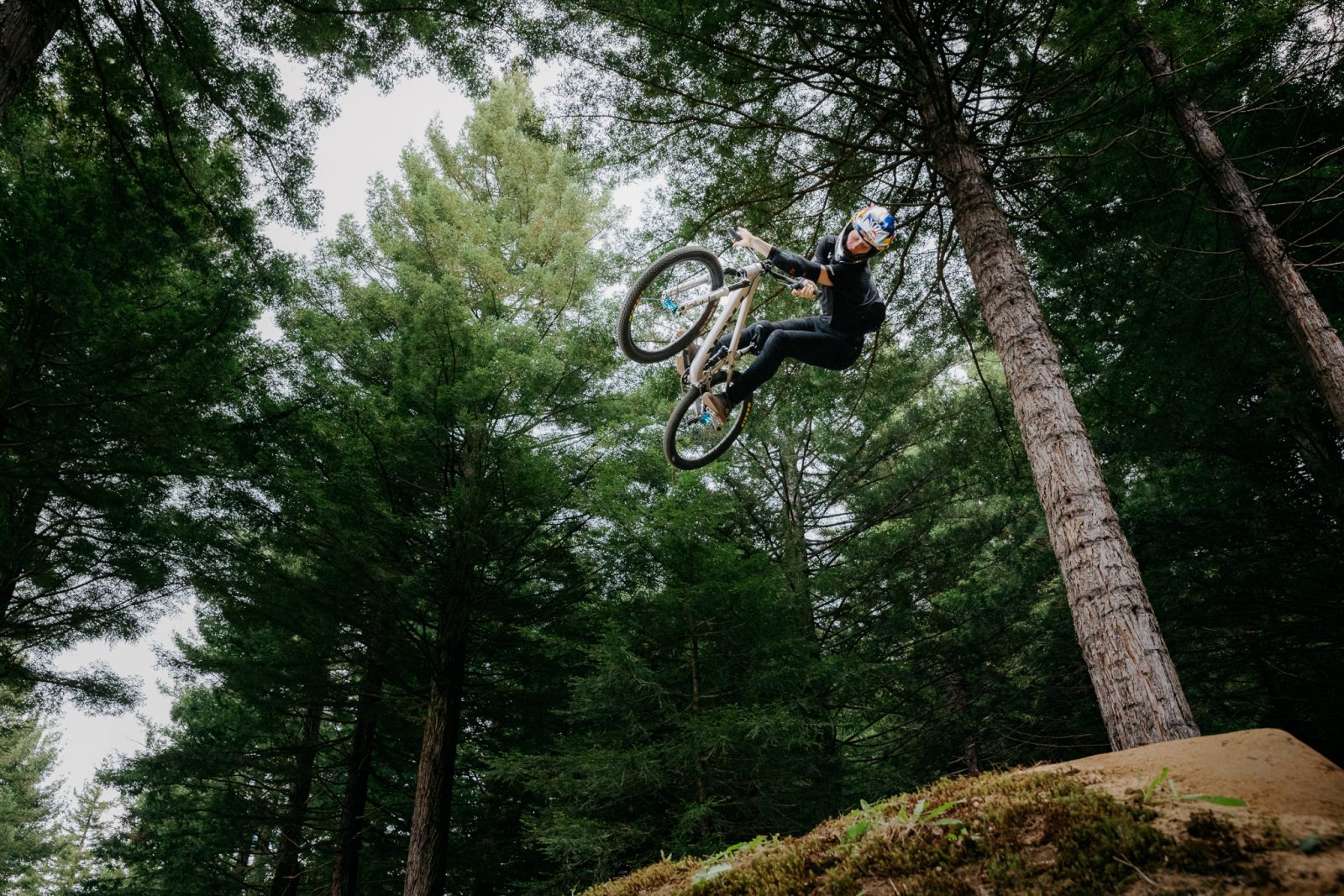 WHISTLER, B.C., September 21, 2022 – Stop #3 is coming in hot (legit hot – hello, tropical Cairns), and equally hot (on its heels), the final stop of the 2022 Crankworx World Tour. Two weeks from now, Crankworx Cairns gets the action Down Under started. Less than four weeks after that, Crankworx Rotorua will close out international MTB competition season for 2022.

November 5-13, Rotorua will be going off with rowdy Kiwi fans (you beauty!) the return of DH racing in the Whakarewarewa forest, plus big changes to Slopestyle, Speed & Style, and Pump Track courses, and a freshly built Mount Whip.

Pro competition at Crankworx Rotorua will include (events marked with an * will be live on Red Bull TV):

Registration is now open for pros and amateurs for Dual Slalom and DH, and for the Pump Track for CWNEXT racers. Details: crankworx.com/athletes/locations/rotorua/

The preliminary schedule for Crankworx Rotorua 2022 is available here: crankworx.com/rotorua/schedule/

For those looking to get amongst it, festival passes are available here: crankworx.com/rotorua/passes/

“I’m looking forward to seeing the fans for starters!” says Rotorua racer Jenna Hastings, who took the 2021 festival by storm, winning her first pro podium. She has since been crowned the Junior Women’s World Champ. “Crankworx last year was a weird one with just the athletes but I loved it being someone who hadn’t quite made a name for myself I got to spend time getting to know all the athletes without the crowd there, I think it’s really benefited me being able to make those connections with all those riders! Coming into this year, after being overseas, after winning the rainbow, I’m looking forward to racing at home, everyone coming to me this time. It’s been a long year for me, so although I will try my best and it’s in my nature to want to do well, I’m focusing on staying healthy for the off season and having fun!”

“I’m super stoked to finish the season at home once again, there’s nothing like being at home,” says Tuhoto-Ariki Pene, who says he’s keen to race, but is currently recovering with a scaphoid injury. “With the Whanau support, it’s the only race of the season my Whanau and bros can actually watch me. So that keeps me hyped as.”

The addition of a second DH race to the schedule harkens back to 2018 when Crankworx hosted the Redwoods DH on the legendary Taniwha DH track. There’s been some recent work and new lines built to freshen things up and challenge racers.

“We are super excited that Crankworx Rotorua can once again host two Downhill races, one in the Whakarewarewa and Titokorangi Forest and the other at Skyline Rotorua ,” says Ariki Tibble, Event Director for Crankworx Rotorua. “We are very grateful to mana whenua across all of the event sites, including Ngati Whakaue, Tuhourangi, Nga Hapū e Toru and the Rotohokahoka D North 4 D Trust for enabling our events to even happen in the first place.”

“Due to some ongoing construction within the Skyline Bike Park, the Downhill race at Skyline will have very limited participation and be focused on the live broadcast finals taking place on Saturday afternoon. But on opening weekend, the party will be in the forest as we send racers down a newly refreshed Taniwha DH track. Local Rotorua Mountain Bike Club and Descend Rotorua member Logan Jensen, with the support of Rotorua Lakes Council has done an amazing job revitalizing the track, adding new optional jumps and drops. The Taniwha Downhill will still be awarding our CWT athletes King and Queen points, so the racing is going to be on point.”

As for the other changes on track at the festival grounds at Skyline this year, Tom Hey and the crew from Elevate Trail Building are taking the lead on changes to Speed & Style, Whip-Off, and Slopestyle.

“It’s been great to be able to mix up the course this year,” says Hey of the big changes to the Slope course. Hey has been working to bring Crankworx Rotorua to life since it started. “Kelly [McGarry] and I built the original course in 2015 to enable top to bottom banger tricks the whole way down and I think the course has really delivered that until now. We’ve made a few tweaks over the years but the layout has been similar, so it’s awesome to have a chance to build new features now that the sport and riders have evolved. They’re so amazing right now it’s good for them to be able to show their diversity at tricking all types of features, not just banger trick jumps.”

“It was a tough decision to change up some of the iconic features that Kelly built,” Hey continues, “but they’ve had some epic action over the years and it was time to build some cool new features that I think Kelly would be stoked on too. We’ve kept the start platform and have the lip drop as an optional line for future years and there’s also a sneaky transfer from old to new if anyone’s keen…. We’ve also kept the massive McGazza’s size ramp that is usually the 3rd hit and relocated it to the last hit to enable the biggest tricks for riders to end their run with. Kelly always wanted this course to be special and allow riders to ride at the top level and we think the old course did just that and the new one will keep pushing the riders to bring a new style on new features.”

Overall, the new course will be more technical, creating more opportunity for different styles of riding.

Meanwhile, “the Pump Track canvas has been cleared” (according to the Rotorua team) and the Empire of Dirt crew will be in creative mode over the coming weeks, dreaming up its 2022 iteration.

Next up, stay tuned for preliminary rider lists mid-October, as the action wraps in Cairns and we see who’s on deck to keep the party going in Rotorua.