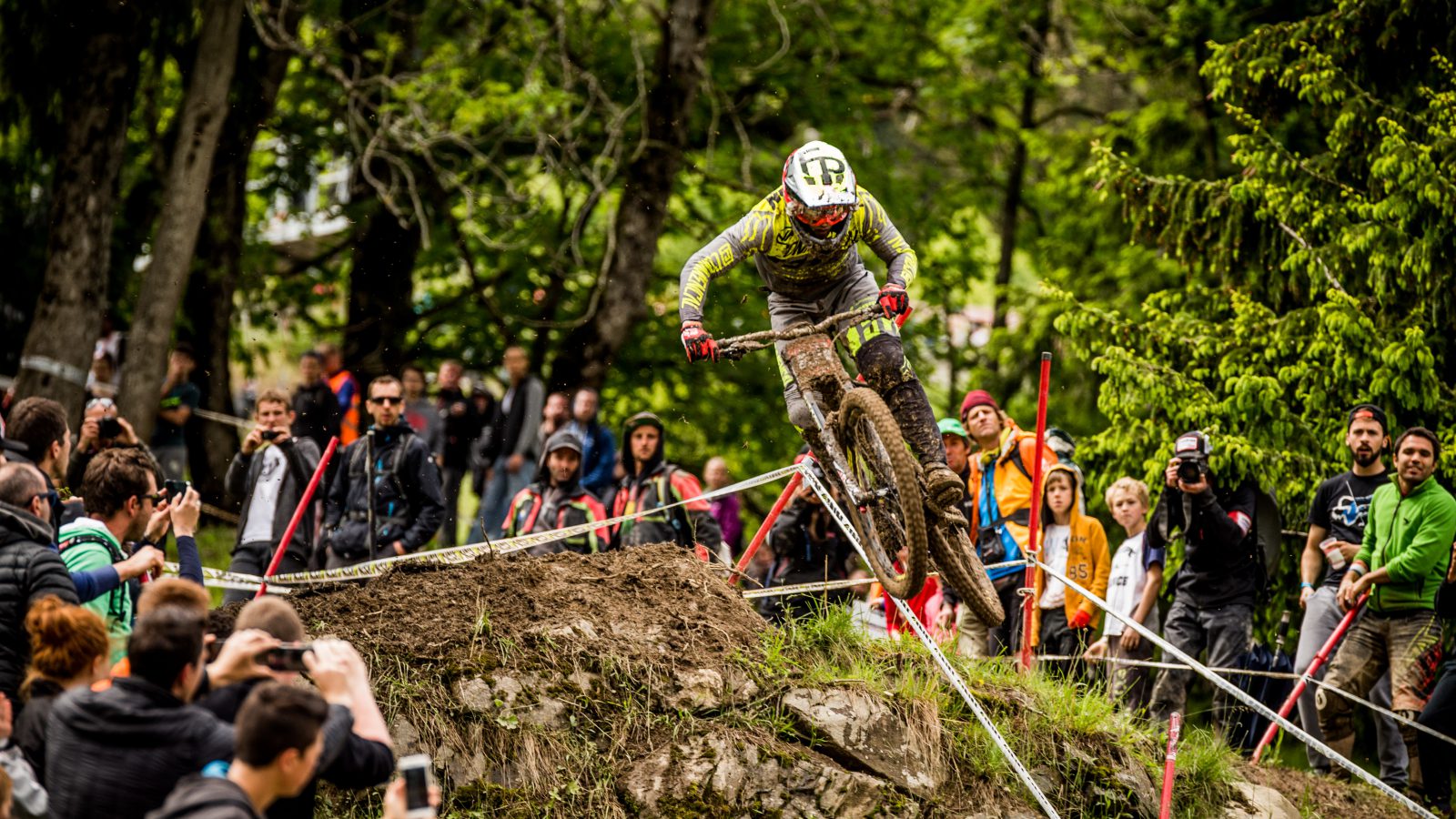 Rutty, gnarly, slippery awesomeness brings it home in Les Gets

For immediate release
LES GETS, FRANCE Friday, June 19 — A month of heavy rainfall ending in a day spotted with sun and pounding rain made for a race to remember on the grassy steeps of the Alps Sunday.

French riders Remi THIRION and Morgane CHARRE slipped, slid and managed to keep it rubber-side down just long enough to slide across the finish line and into first place.

“Today it was just the best to stay on the bike… I’ve never seen a condition like this or a track like this. It’s really gnarly, really rutty, really slippery—I’m happy to win it,” said Thirion.

Expressing a similar sentiment, Charre was thrilled with her win, saying she’s never ridden anything like it in her life.

“I like it. It was slippery and harder to keep a good line. Yeah, I find it fun,” she said.

The Crankworx Les Gets Downhill presented by iXS was easily the most anticipated race of the five-day inaugural Crankworx festival, in part due to the history of the course and in part because of the unique conditions.

Half the track was a revived version of one of the sports’ most storied races—the 2006 World Championship showdown between Steve PEAT (GBR) and Fabien BAREL (FRA). Despite having retired from both downhill and enduro racing, Barel returned to race and clearly had the crowd in his hand. He was making good time before missing the track, slid outside the tape and was disqualified.