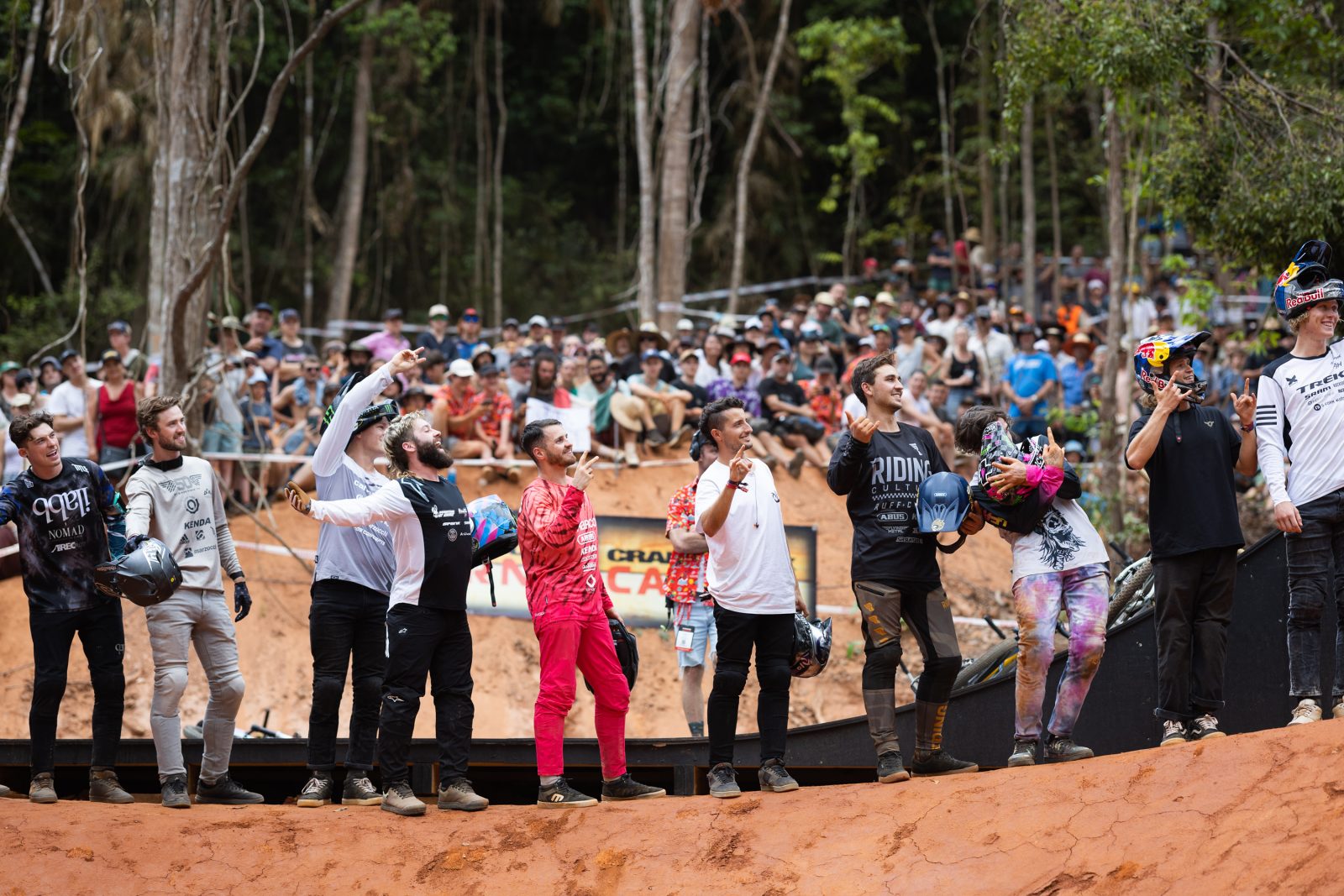 It’s come to be known as “the soul of Crankworx.” When organizers first set their sights on Rotorua, what drew them in was the area’s famed dirt gold – the foundation on which they would build the tracks that would welcome the world.

Heading into the eighth Crankworx Rotorua however, what has truly come to distinguish this New Zealand home of the Crankworx World Tour is the people who come together each year to celebrate the ultimate experience in mountain biking.

What is the most important thing in the world?

Courses built with skill and love by Elevate Trail Building and Empire of Dirt, with the spirit of Kelly McGarry packed into every course… Kiwi senders – amateurs, CWNEXT, Kidsworx – in the thick of things. Frothing Kiwi fans (who, in 2022, will be back on site for the first time since March 2020)… And of course, the convergence of some of the world’s best who come to get amongst it all…

Here’s a taste of who’s coming, and what to watch for as Crankworx Rotorua gets ready to launch November 5-13, 2022.

“The Queen has always been a goal,” Buchanan said at the end of Crankworx Cairns. “It’s definitely one of the most challenging titles to win, I think, because you do have to be so consistent on so many different bikes and stay injury free. When I crashed out in the Speed & Style in Whistler and didn’t get on the podium, I thought that might be the make or break point for the season. To round it back in here, I know now that I’ve got to pack the downhill bike for New Zealand and stay in the hunt for the points.”

“I’m having a good time,” said Lemoine after winning Speed & Style (his ninth in the discipline) in Cairns. “I feel like my mind is evolving as I’m growing. I’m just following my heart. Riding when I’m feeling the things I feel. I have for sure to train and stuff like that, but yeah. I just try to follow the things, one by one, enjoy each event. And I’m a bit more focused now for King of Crankworx. No pressure though. If it happens, I will be happy at the end of the season. If not, the one that will win will deserve it for sure. Because, this is four events in the full year. And we do three, to four, to five events, depending on the rider. So this is a big battle.”

“Next contest,” Fedko said after the podium in Cairns, “I’m hungry for the win.”

“…I took a big slam in my first run at Crankworx,” he said in an Instagram post on October 11. “The crash knocked me out and left me unconscious. The decision to not do a second run was clear to me as I at the time barely knew how I got from the end of my run to sitting at the riders [sic] tent with a headache. My body is doing ok but my head has had a heavy impact, what the next steps are and how soon I can/will go back to riding again is unclear and will all be determined by symptoms throughout the process of the recovery from this concussion. Gutted to lose this one but I’ll be back for redemption.”

With seven events for pros running from November 5-13, it’s going to be one heck of a wrap to the 2022 season. Here’s the full shebang of who to watch for at Crankworx Rotorua 2022: