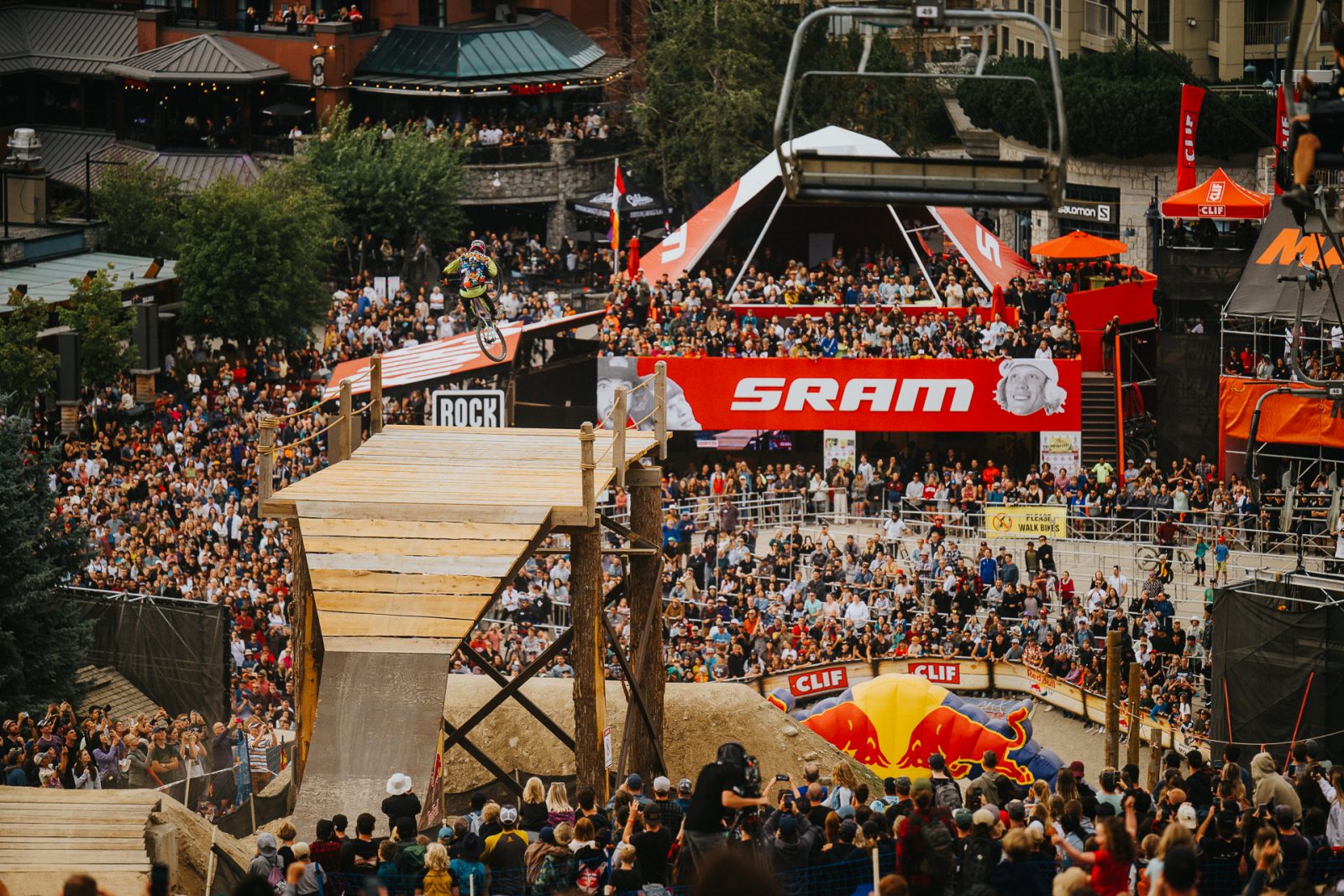 The coming year will see a shuffled Crankworx World Tour calendar that will kickstart international MTB competition season in New Zealand in March, before heading back Down Under to Australia in May. June will bring Crankworx into the thick of World Cup DH racing in Europe, before the season’s final battles play out in Canada in July.

Pro competition from the Crankworx World Tour in 2023 will once again be available live and on demand on Red Bull TV.

The 2023 Crankworx World Tour dates are:

As the first stop in 2023, Rotorua returns to pole position on the tour, a place in the MTB calendar it occupied from 2015-2020. Crankworx Rotorua 2023 will be set in the native bush and towering Redwood trees of the Whakarewarewa Forest, as well as the tracks built around the vibrant event village at Skyline Rotorua. The New Zealand stop on the tour combines riding with culture, a unique mix that has led to this festival stop being called “the soul of Crankworx.” Tikanga Māori (Māori customary practices) are woven into every aspect of the Sothern Hemisphere stop.

Cairns, which made its Crankworx debut in 2022, will shift to May for the second year of competition on sun scorched Aussie soil. The world’s best athletes will be back to weave their way through the rainforest to battle the Smithfield tracks that can only be described as works of dirt art. This includes the infamous croc tail and the huge dirt half pipe, the first of its kind in Crankworx history, on the Slopestyle course. In its first year in 2022, the Cairns festival quickly captured riders’ and fans’ hearts with its raucous crowds who celebrated every single moment at max volume (accompanied by an unprecedented number of shoeys).

Innsbruck retains its prime spot in the European race calendar in June for its seventh year in 2023. The Austrian festival will once again follow on the heels of the World Cups in Lenzerheide and Leogang, bringing Crankworx’s all-star lineup together with some of the world’s top downhillers. The only European stop on the Crankworx World Tour, Crankworx Innsbruck mixes urban city vibes with big mountain adventure, making it a unique, high-energy place to bring together the top names in MTB with the local community for Crankworx good times.

Wrapping up the season, Whistler reclaims its place as the final stop on the Crankworx World Tour for the 18th iteration of the biggest and baddest of them all. For the first time in Crankworx’s history, the Whistler festival shifts to July. As summer starts to heat up in Whistler, tens of thousands of mountain bike athletes and fans from all over the world will converge in the mecca of mountain biking to watch and get amongst: Red Bull Joyride, Air DH, Whip-Off World Champs, Liv A-Line Sessions, the Adaptive Jam, Dirt Diaries, Deep Summer, Kidsworx, etc. etc. As the finale of the World Tour, the crowning of the King and Queen of Crankworx, and the awarding of the Crankworx FMBA Slopestyle World Championship title, will both return to Whistler’s hallowed ground.

Here’s what the athletes have to say:

“I am hyped for 2023 – the Crankworx World Tour is my main passion and love!” says Caroline Buchanan, who claimed the Queen of Crankworx title in 2022 but, like organizers, is already fully-focused on what’s coming. “I am working on cornering, my trail bike and DH skills which have always been my weakness, as well as gym and general conditioning over the short off-season to prepare for the season ahead. I am most excited to compete on Aussie soil again in Cairns and see all the kids back competing in Cairns who were taking it all in this year and inspired to compete at their first Crankworx. Inspire and be inspired!!!! Let’s go.”

“it’s been a wild couple of years, but definitely some of my favourite seasons of racing as well,” said 2x King of Crankworx Bas van Steenbergen looking back on the ups and downs of the past few years as he sets his sights on 2023. “I’m feeling good for sure, it feels nice to take a bit of time off the bikes here and recharge after a pretty long and hectic season. I already can’t wait to head to NZ late January and get training and riding again though! For next year one of the things I’m looking forward to a lot is to build off the momentum from this year and improve on some areas. DH will be a bigger focus for this off season I think, as I just love riding it and would love to have a bit more speed to get closer to the top guys!”

“For sure lots to be learned on and off the tour every season,” said Emil Johansson. The Red Bull rider claimed both the overall Crankworx FMBA Slopestyle World Championship and the Triple Crown of Slopestyle in Rotorua, after an injury in Cairns threatened his season. “Always taking those lessons with me into the following season & to just life in general.” Of what’s got him stoked for the season ahead, he added: “The whole package with events all around the globe also really stoked to be heading into a year with a lot of pretty new courses, some we have already gotten to try out parts of but stoked to see how they turn out after a few modifications.”

“Yeah can’t wait to race some more Crankworx if they fit in my racing calendar,” said young Red Bull phenom Vali Höll, one of the downhillers rumoured to be setting their sights on Crankworx early season, with World Cup racing not starting until June. “I’m always keen to try new disciplines and also traveling outside of Europe, I’ve never been to New Zealand, it’s going to be awesome!”

Fans keen to jump on the action can grab their tickets for Crankworx Rotorua, which went on sale yesterday >> crankworx.com/festival/rotorua/

Festival schedules and tickets (where applicable) are set to be released for the rest of the World Tour in the new year.