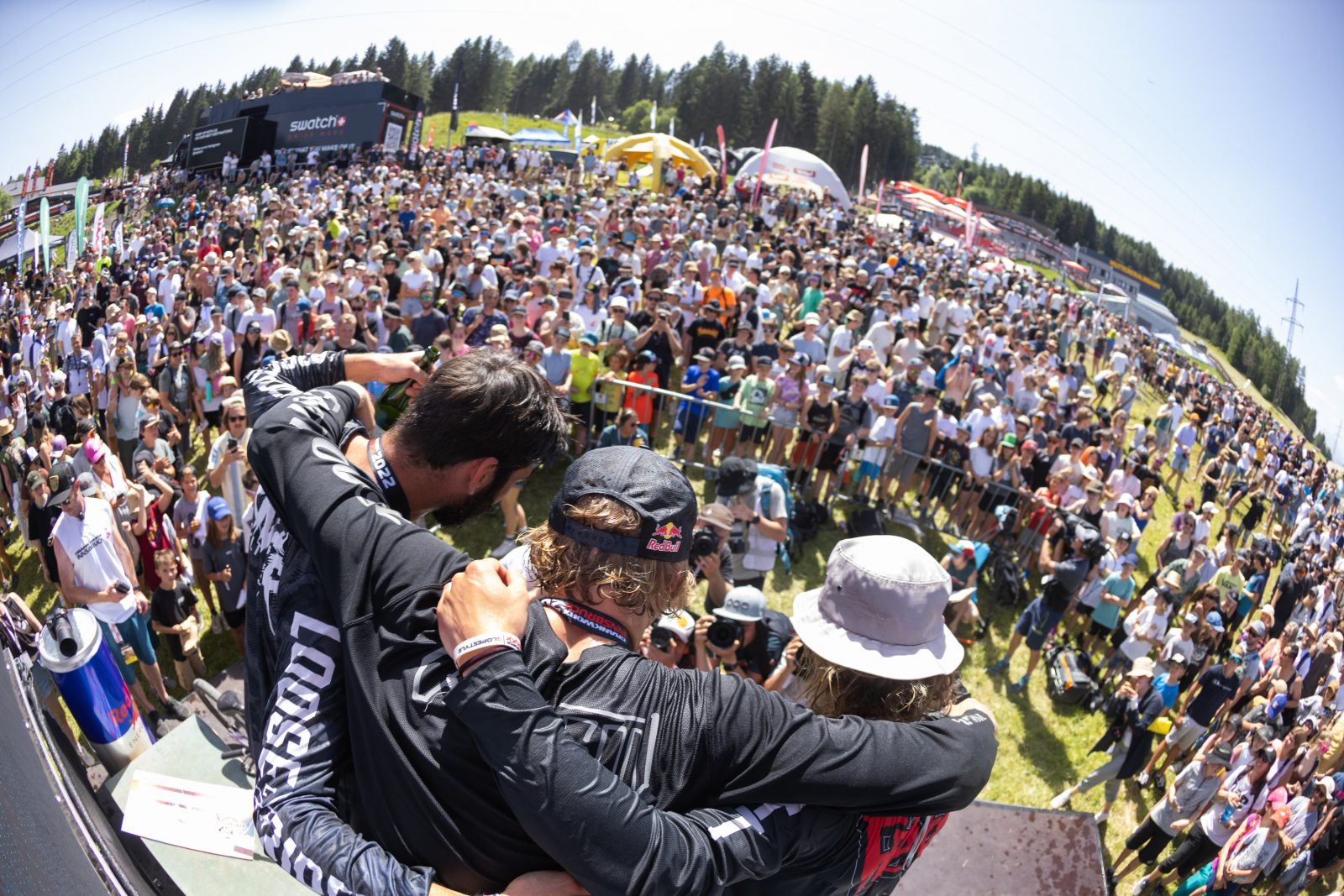 One down, three to go. Last month, we kicked off our year-long MTB party in Innsbruck with epic tricks, racing, whips, braaps, scrubs, stoke, and all-round good times for fans in Austria and around the world.

Where to next? We’re heading home for a wee shindig known as Crankworx Whistler in 2.5 weeks, and then…

Straya, we’re comin’ for ya.

What can you expect from Crankworx Cairns, October 5-9? Everything you love about Crankworx, but make it tropical.

The build team in Cairns is breaking ground this week to get ready for whips in the jungle, DH racing in the highest profile rainforest trail system in the world, and brand-new Dual Slalom, Pump Track, Speed & Style and Slopestyle courses to bring together and challenge the world’s best.

Events that’ll be going off in October include:

Bloody oath, we reckon you’re going to want to be here for this inaugural fest.

Preliminary schedule for Crankworx Cairns is now up, with more to be added in weeks to come: crankworx.com/cairns/schedule/

For the Aussie athletes, who’ve had a killer season so far, getting to have the world come to their home soil for Crankworx is a dream. Here’s what Caroline Buchanan had to say on it: “I’m so grateful that the Aussie fans, industry and riders are going to have the honour of experiencing what Crankworx is all about! I’m most excited for the younger Aussies to have the Crankworx platform to launch their careers like I did. But also for the foreign riders to be able to experience the great riding, venues and tourism spots of the Queensland region. Competing in the Crankworx events is home for me and so is Australia so it’s going to be incredible!!! We spend roughly 5-6 months a year traveling around the world on the tour so to be able to stay on the mainland home for a huge event is something I hope can happen for many years ahead.“

Fellow competitor Mike Ross continued: “I’m so excited that the Australian scene will be able to experience such an epic world class event such as Crankworx on home soil. It’s going to really supercharge the growth of different MTB disciplines and events in Aus. Getting to compete in Australia in front of a home crowd and friends and family is going to be amazing. I’m excited I get to show them exactly what I do best since we have nothing like these courses in Australia, until now!“

Volunteer applications for those keen to join our crew are now open: crankworx.com/cairns/volunteer/

Nathan Bassett, Event Director for Crankworx Cairns, also shared his excitement for the festival: “The stoke for Crankworx Cairns is sky high. Seeing Crankworx live in Innsbruck with some of the Cairns crew was amazing, and we can’t wait to bring this event to Australian shores and put our Aussie spin on what we are calling the Paradise Edition of the World Tour. Preparation is moving ahead in leaps and bounds, and we have some exciting plans for our course builds. Being the first World Tour stop in a Tropical Rainforest setting, it brings some unique opportunities to what we can do. I can’t reveal too much more just yet, but excited to unveil more detail soon. We can’t wait for the world of Crankworx to drop into Cairns and have a few cold ones with us. You can guarantee the racing will be fast, the beers will be cold and the sun will be shining. Bring it on!“

Next up, come September Crankworx will release the list of qualified Slopestyle riders, as well as the full preliminary lists of athletes, who’ll be heading Down Under in October.