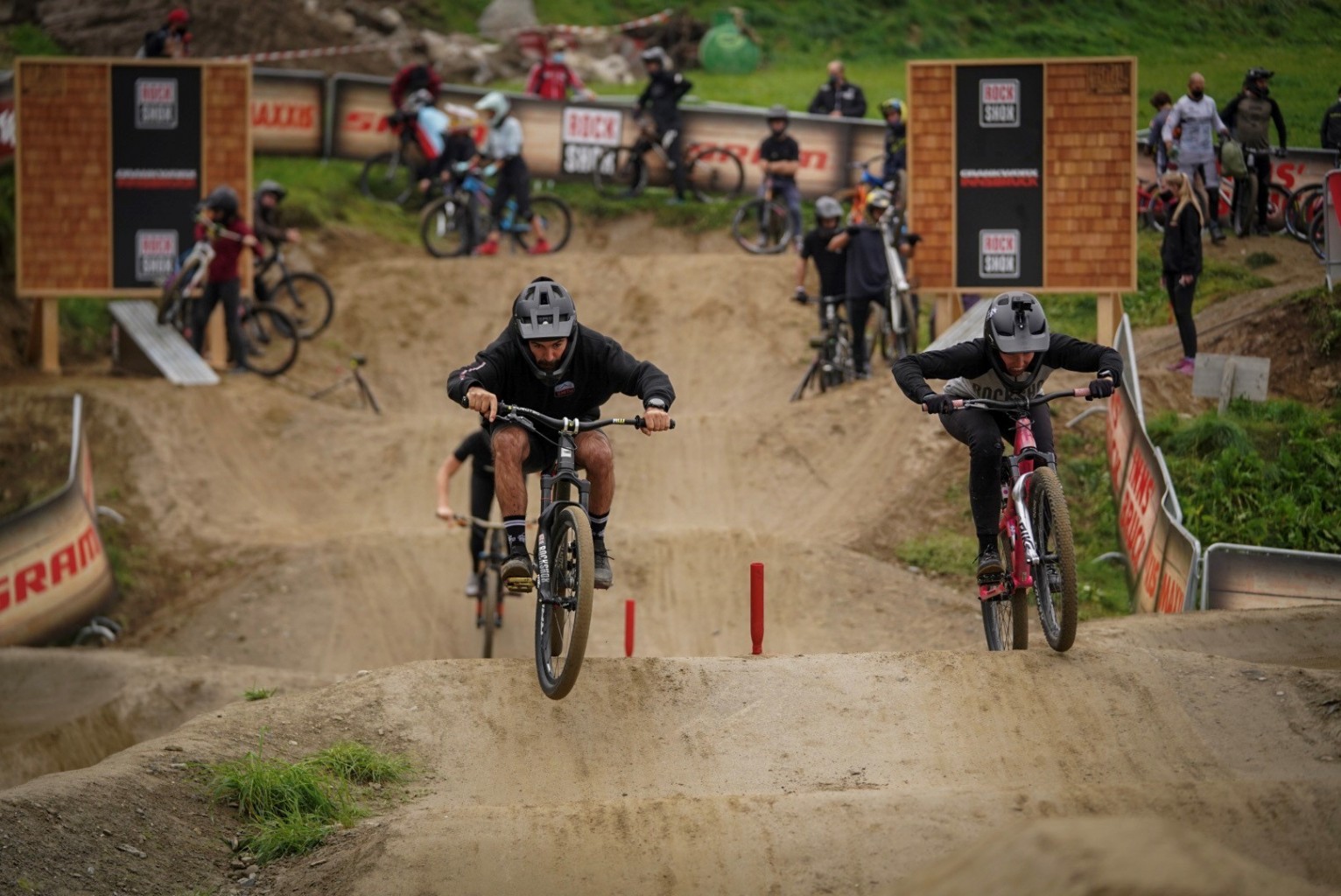 Crankworx is back, and the biggest party in mountain biking is about to kick off from Austria. After being rescheduled from its normal June home in the MTB calendar, Crankworx Innsbruck launched today with practice and qualies. Starting tomorrow, it’s on, with finals streaming live around the world on Red Bull TV and crankworx.com.

We’re talking DH turned Enduro all-star Morgane Charre (who finished her EWS season last week in 1st overall) taking on the tight head-to-head format of Dual Slalom. The multi-talented Tomas Lemoine putting his Slopestyle strengths aside for a night of fast and technical racing on the Pump Track. Kathi Kuypers flying high for the Austrian debut of the women’s category of Speed & Style. The comeback kid, Emil Johansson, looking to add fuel to the Slopestyle fire he started in this event last year (a return to sport that landed him in second) that has been burning bright ever since with wins in Whistler and Rotorua. And Brook Macdonald making his triumphant return to DH racing.

Here are the details of what to watch, when, as international Crankworx racing returns to the airwaves.

For the second year in Innsbruck, Dual Slalom racing will bring together a cross-section of the world’s best mountain bikers to race head-to-head through a twisting track made up of rollers, berms, and tricky grass turns. Last year, the final section of slick grass was where dreams were dashed for some. Expect a raw test of bike handling as these rivalries play out over the 17+ seconds of explosive racing.

The Thursday double-header will roll on under the lights as the sun sets on the first day of Crankworx Innsbruck. The Innsbruck Pump Track has often been where French riders battle it out for top spot. Past Crankworx Pump Track winners Adrien Loron, Chaney Guennet, Tomas Lemoine, and Mathilde Bernard are all set to compete, with a stacked roster of fast racers nipping at their heels. In fact, a look at the qualification results shows the Netherlands’ Niels Bensink coming in under a second behind both Loron and Guennet. Loron clocked the fastest qualie time for the men with a 38.5, while Bernard went fastest in the women’s field with a 43.1.

This is going to be big. Previously scheduled for Saturday, forecasted rain prompted a shift of the Slopestyle comp. Batten down the hatches, good times will be coming in fast and furious all day Friday as after six month hiatus, Crankworx Slopestyle is back. In the fourth year on this widely celebrated course, the top step is set for a refresh. North Americans have dominated here in the past, but last year in Innsbruck was the beginning of the Era of Emil. After returning to competition and coming in second, the young Swedish rider has been riding a wave of momentum. He’ll surely be looking to add a win on this course to his resume.

Speed or style? To advance in this discipline, riders need to be able to bring both together, along with a hearty dose of strategy, when it matters most. The Speed & Style track in Innsbruck is a rider favourite with a unique under/over section. For the first time in 2020, an invitational women’s category will take to the track (and the air) in this exciting young discipline.

This raw and natural track is back to challenge racers, with a few new twists. The bottom section off the iXS Innsbruck Downhill presented by Raiffeisen Club is new in 2020. What’s waiting to challenge racers? In a few words: off-camber, rough and steep. Yep, the stuff that DH dreams are made of.

After the DH wraps, riders will send Crankworx Innsbruck 2020 out with a bang. The festival will wrap with a sunset session for the Official European Whip-Off Championships, with highlights available after.

THERE’S STILL TIME TO BUY YOUR FESTIVAL PASS, REGISTER FOR EVENTS OR VOLUNTEER FOR CRANKWORX CAIRNS

COURSE UPDATE: Here’s How Things Are Looking 5 Weeks Out From Crankworx Cairns

COMING TO CRANKWORX SUMMER SERIES CANADA – QUEBEC CITY? HERE’S ALL YOU NEED TO KNOW ABOUT THE FINAL STOP OF THE 2022 SERIES