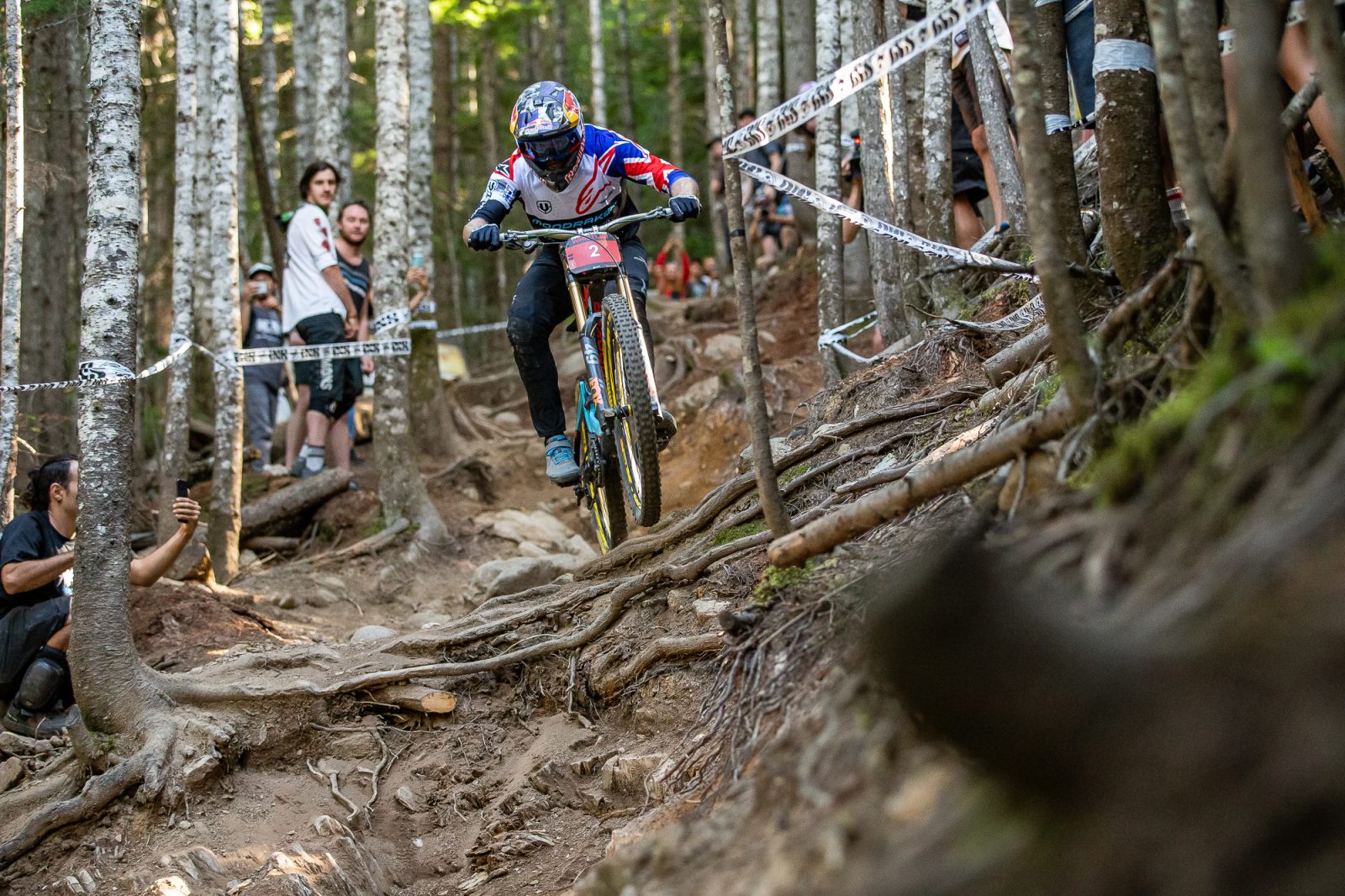 Starting next week, the Crankworx World Tour is on track to light up your screens with the return of live mountain bike racing on Red Bull TV. For many of the world’s top mountain bike athletes, Crankworx Innsbruck will also mark their return to the field of play.

Alongside Brook, here’s a roundup of what’s coming and who to watch for, with a full live broadcast schedule on Red Bull TV to come.

Check out the preliminary start lists here and get ready to tune in to #CrankworxFromHome: crankworx.com/results/start-lists/

As Downhill racing returns to Red Bull TV for the first time since Crankworx Rotorua in March, Macdonald and his teammates, including Laurie Greenland, will be raring to go. Watch for veteran elite racer Mick Hannah (also racing Dual Slalom and Pump Track), and young gun Lucas Cruz who showed he’s primed for action with a solid showing in the CLIF Crankworx Summer Series in August. And someone who’s proved he’s no slouch in DH, Enduro powerhouse Martin Maes is sure to be in fighting shape following back-to-back weekends of EWS racing.

If recent coverage from the Audi Nines got you stoked to see more big style, Crankworx Innsbruck will have plenty to satisfy. 14 of the more stylish riders in the world are getting ready to take on the Crankworx Innsbruck Slopestyle, a gold event on the FMB World Tour. The rider list includes Emil Johansson, who’s won both Crankworx events that’ve run since Crankworx Innsbruck 2019 (his return to competition, in which he came in second). Others to watch for will be Germany’s Erik Fedko, who placed third in Rotorua, and Dawid Godziek who made his Crankworx Slopestyle debut in Innsbruck last year and took third. Paul Couderc is also riding a wave of momentum after landing a mind-blowing Footplant Flip at Audi Nines earlier in September.

On the men’s side, 2019’s European Whip-Off Champion Kaos Seagrave is likely to be a top contender (he’s also tackling every event in Innsbruck this year, except Slopestyle). He’ll be competing against Sam Reynolds, who narrowly missed out on the event podium last year, finishing fourth, and Slopestyle all-stars like Tomas Lemoine, who’s earned a fair few pieces of Speed & Style hardware over the years.

Ed Masters will be fighting for the top against his team manager Bernard Kerr once again. The two have faced each other in head-to-head Crankworx Slalom racing before, finishing 1 (Kerr) and 2 (Masters) in Les Gets in 2018. Back to defend will be young racer Matthew Sterling, who stormed the event and took the W in 2019. Another to watch for will be newcomer to the Crankworx scene, Brady Stone. The Kiwi is currently second overall in the EWS Men U21 category and is set to take on both Dual Slalom and DH in Innsbruck.

With the most participation of all the women’s events over the five days of the festival, the RockShox Innsbruck Pump Track Challenge will bring on some exciting sunset battles.

Mathilde Bernhard will be pushing on the Pump Track, as well as in Dual Slalom, Speed & Style and DH
The men’s roster is a who’s who of MTB talent – where else can you see the likes of EWS shredder Adrien Dailly (coming off a win in Pietra Ligure) on the same start list as downhiller Mick Hannah, YouTube star Fabio Wibmer, style-masters like Antoine Bizet and Szymon Godziek, and heavy-hitters of the discipline like Chaney Guennet and Adrien Loron?! That’s Crankworx for you, baby.