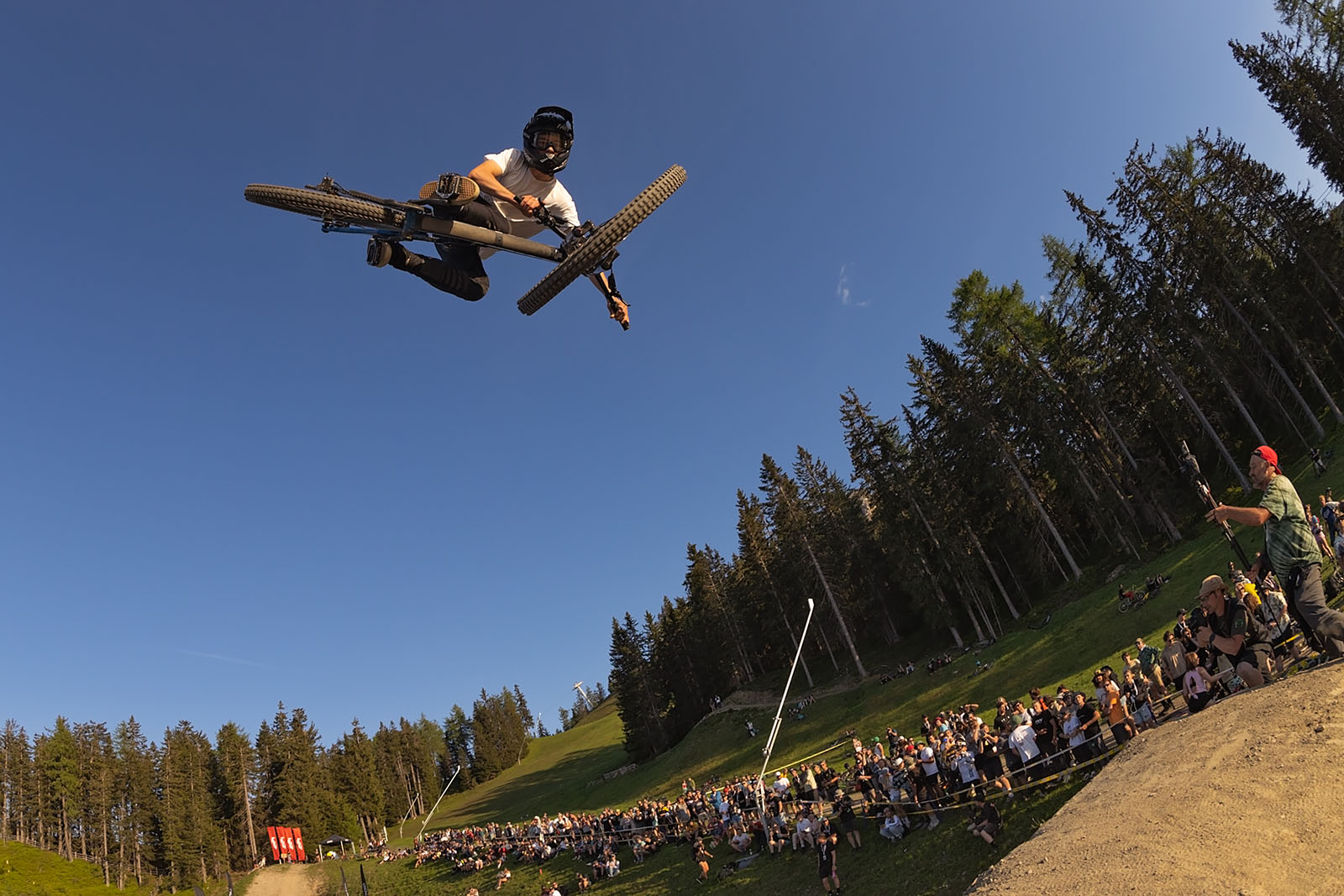 Leap into the air, turn the bike to a 45-degree angle and raise the tires to greet the horizon. There you have the whip. Pull it off mid-air, with rock star amplitude and style, and it’s a Crankworx crowning achievement.

Developed by mountain bike photographer Sven Martin as an unofficial event, the whip-off now gets riders in a frenzy all over the world. The Official Oceania Whip-Off Championships brings big attitude with big whips as riders duke it out to win the admiration of the crowd, the respect of their peers and, ultimately, the title of sovereign of sideways style.

Jam style. After 30-40 minutes Judges will call everyone together and announce the selected riders who will advance to the Super Finals. The judging panel will select a winner based on amplitude, style, degree of whip past 90 degrees and, most importantly, the return of the bike to a straight position down the fall line.

Only riders with an official numbered Whip Off sticker will be allowed to drop in. Riders who advance to the Super Finals round will receive a sticker to indicate their advancement.