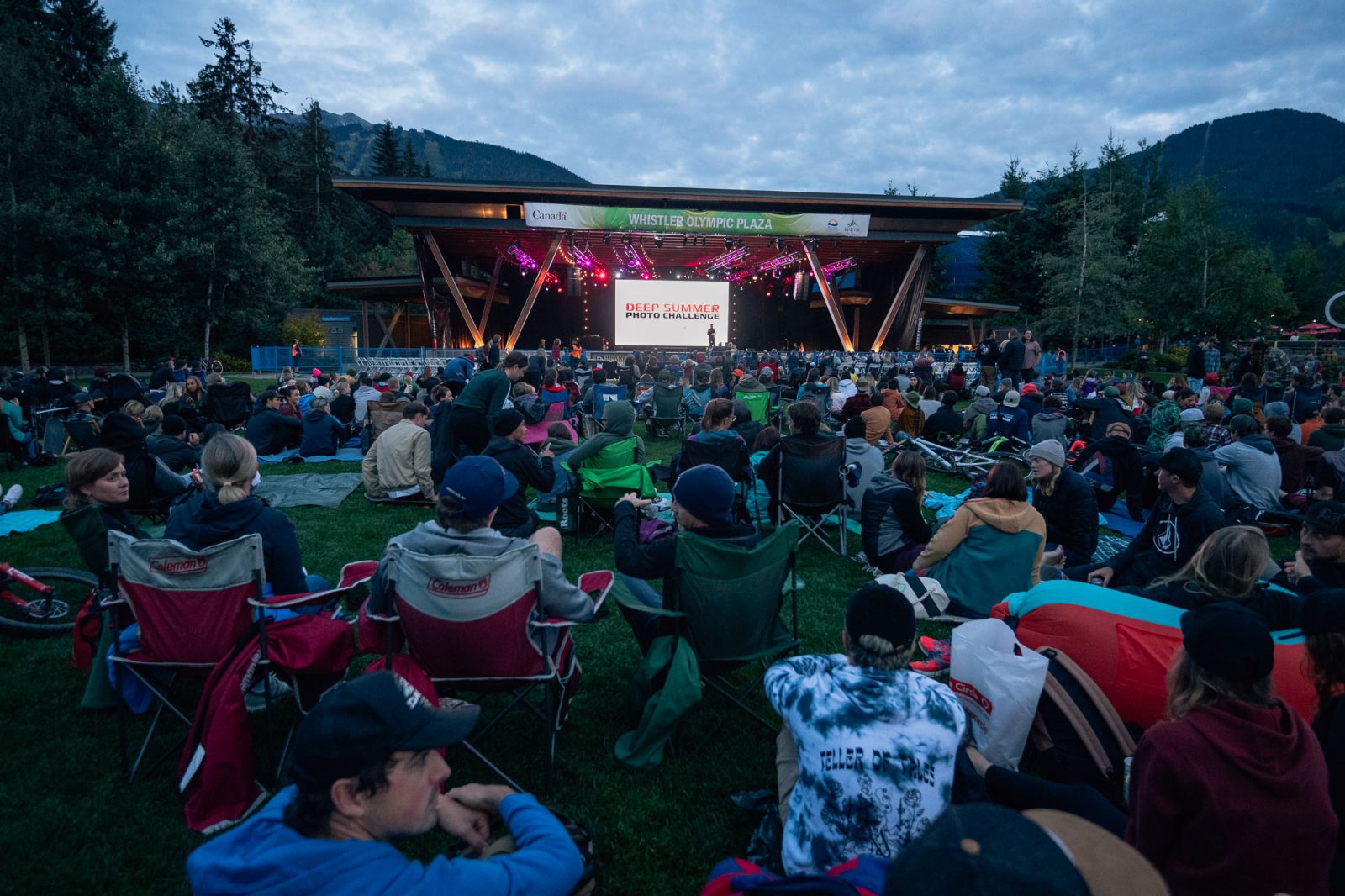 Five photographers. One wildcard contestant. Three days in the epicentre of the Crankworx World Tour: Whistler, British Columbia. This iconic photo showdown is an annual night to remember. When Deep Summer lights up during Crankworx, it leaves even the most seasoned Whistlerites looking at mountain biking’s West Coast haven with fresh eyes.

Competitors spend three days shooting for their lives under the hot August heat of the first Crankworx weekend. When it all comes together on the big screen under the stars, the audience will be treated to six slideshows set to music, each telling their story of riding in mountain bike mecca.

Rob is a Whistler-based U.K. born photographer whose main focus is the outdoors. You will recognize his body of work by his signature tones, high contrast images and, dynamic subjects – athletes and sometimes himself. His ideas come to him when he immerses himself in his surroundings, often going on hearsay or simply getting lost in nature, to find new areas with the potential to shoot from. He loves to experiment with old and new techniques to capture truly unique images. Rob offers his photography services to a variety of brands, never compromising his vision or creative identity.

Trish is one part peer pressurer, two parts safety police, and probably your biggest fan. Too many parts? Math isn’t her strong suit, but she knows that YOU +  two wheels is bound to add up to a good time. She loves creating spaces to play and learn, and capturing candid moments to live forever on your grandma’s fridge.

Kaz was nearly finished high school when he first picked up a camera. It was even later that he discovered his love for mountain biking. Moving to Vancouver at a young age from his home country of Japan, Kaz is now living the mountain bikers dream of living in Whistler and riding the best trails in his backyard, while working as a full-time member of IFHT Films.

When Jeremy first moved to Whistler 8 years ago, he dreamed of being on stage at a competition like Deep Summer. Having first picked up a cheap point and shoot to capture the beauty that Whistler, photography has now turned into a craving that is simply unsatisfiable. Working alongside some of the largest brands in the world, he has perfected his craft through experience, travel, and from other artists from around the world. Challenge him with the highest peaks, the most remote canyons, and the deepest oceans, and Jeremy is stoked to capture it all behind the lens. You can’t really find Jeremy without a camera, those days are few and far between now..

A born and raised New Englander Heather is a lifestyle and action sports photographer and videographer who is now living out in Southern California. She began her photography career in product and modelling agency work, until around 2018, when she transitioned into action sports and fell in love with riding a bike. Heather has always been most drawn to the emotional side of riding, the connection riders have with nature, and how riding bikes have added to who they are as a person.

Lindsay Donovan is an outdoor lifestyle and adventure photographer based in Nakusp, BC. Growing up in Calgary, AB it was the ample time exploring the Rocky and Purcell Mountains, and traveling abroad with her family from a young age, which fostered a passion for adventure and outdoor pursuits. Focusing on people following their passions and pushing comfort zones, she captures the environments they recreate in with humility and respect. Whether it be in their backyard or a path less traveled, it’s the desire to communicate that sense of awe and wonder that fuels her.